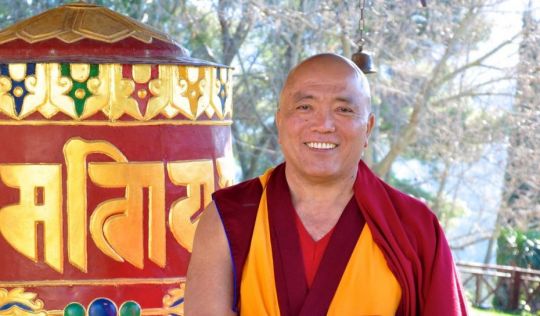 When resident teacher and geshe lharampa Geshe Tenzin Tenphel arrived at Istituto Lama Tzong Khapa in 1998, he began teaching lamrim, which forms the foundation of all study and practice in the Gelug tradition. In addition, and while also teaching at other FPMT centers in Italy, he assisted with teaching the supplementary subjects when the FPMT Masters Program first began.

Geshe-la was engaged with the Basic Program at ILTK from the beginning. Alongside Geshe Jampa Gyatso, he taught the philosophical subjects when ILTK’s residential Basic Program first started. At that time, it was the first and only residential FPMT Basic Program anywhere in the world. From among those teachings, Geshe Tenphel’s commentary on The Tathagata Essence was extracted and is now available as a Basic Program Online course on the FPMT Online Learning Center.

Geshe-la was the main teacher for the two following cycles of Basic Program at Istituto Lama Tzong Khapa. He also taught the first subject for the next cycle of the Masters Program, all while continuing to offer general teachings and visiting other centers as well. Geshe Tenphel is particularly appreciated for his clear explanations, his keen interest in debate, and his sense of humor. 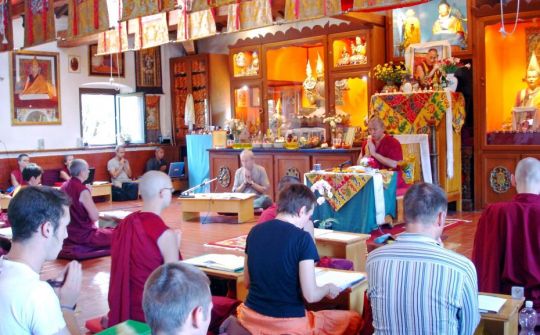 The first cycle of the Basic Program at ILTK had two Masters Program graduates as teaching assistants. Sixteen students completed the entire residential program and eight graduated from the online program. The inclusion of the three-month lamrim retreat, a Basic Program completion requirement specifically added by Lama Zopa Rinpoche, was at that time a unique feature not offered elsewhere. Rinpoche wrote a personal letter of thanks to all participants and staff of this Basic Program cycle.

During the second cycle, the Basic Program at ILTK was offered university accreditation due to an affiliation with Scuola Superiore Sant’Anna (Sant’Anna School of Advanced Studies) in Pisa. ILTK’s third cycle of the Basic Program is due to finish in 2018, ending with a month-long lamrim retreat, three-month review, and final exam at the end of April. 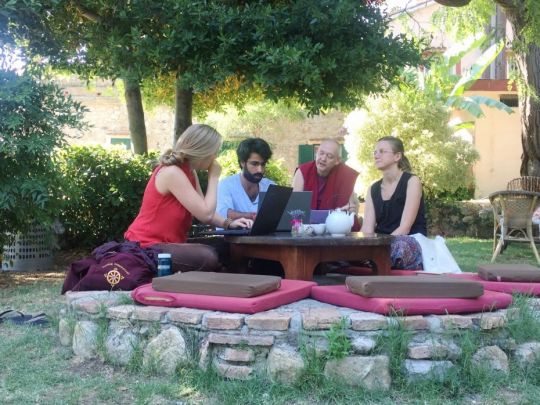 The Fourth Cycle of the Basic Program at ILTK

The fourth cycle begins in September 2018. Extended over a four-year period, the program offers short retreats at the completion of subjects, the Basic Program three-month review and final exam, and a month of group retreat to prepare students to confidently engage in the additional two months of lamrim retreat that are required for graduation.

This is a rare opportunity to participate in a full-time residential Basic Program. [There are online options in English, Italian, and Spanish.] Available in English and Italian, it guarantees a balanced approach of study, meditation, discussion, and retreat. Review classes facilitated by experienced tutors supplement the daily teachings and help student digest the sometimes-challenging subject matter. The new four-year schedule includes the same practice, behavior, and community service components emphasized by Lama Zopa Rinpoche as integral elements of a successful Basic Program as before, but affords a more manageable pace.

With this fourth ILTK Basic Program cycle, a newly established collaboration with the Università di Pisa comes to fruition: Italian-speaking students who wish to graduate with a master’s degree in neuroscience and contemplative practice can combine their Basic Program study with a one-year program at the university.

In general, residential Basic Program students graduate with an increased interest in becoming FPMT registered teachers, and with confidence to offer Discovering Buddhism or to tutor for the Basic Program, online or in FPMT centers. Others join the Masters Program to further their studies. In addition to personally maturing in their Dharma studies and practice, Basic Program students can feel confident that they are directly contributing to Lama Yeshe and Lama Zopa Rinpoche’s vision for FPMT! 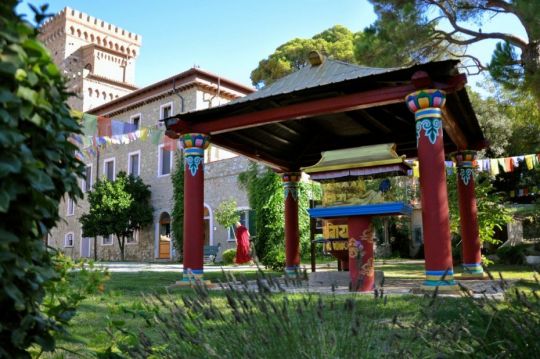 Courtyard at ILTK with prayer wheel and reclining Buddha

Through comprehensive study programs, practice materials, and training seminars, FPMT Education nourishes the development of compassion, wisdom, kindness, and true happiness in individuals of all ages.

We should train ourselves not to become engrossed in any of the thoughts continuously arising in our mind. Our consciousness is like a vast ocean with plenty of space for thoughts and emotions to swim about and we should not allow our attention to be distracted by any of them.