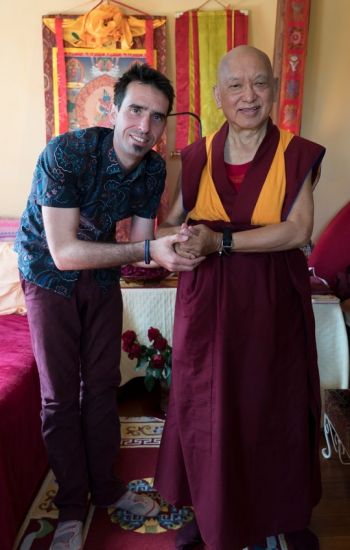 The recognized incarnation of FPMT’s founder, Lama Thubten Yeshe, was in his early life known as Lama Osel. Today he prefers to be called simply “Osel.”

Who Was Lama Yeshe?

Lama Thubten Yeshe was born in Tibet in 1935. At the age of six, he entered Sera Monastic University in Tibet where he studied until 1959, when as Lama Yeshe himself has said, “In that year the Chinese kindly told us that it was time to leave Tibet and meet the outside world.” Lama Thubten Yeshe and Lama Thubten Zopa Rinpoche met their first Western students in 1967.

By 1971 they settled at Kopan, a small hamlet near Kathmandu in Nepal. In 1974, the Lamas began touring and teaching in the West, which would eventually result in The Foundation for the Preservation of the Mahayana Tradition. Lama Yeshe passed away in 1984.

In 1986, when Osel was just over one year old, His Holiness the Dalai Lama confirmed Lama Zopa Rinpoche’s observations that Osel, son of Lama Yeshe’s students, María Torres and Francisco Hita, was the unmistaken reincarnation of FPMT’s founder, Lama Yeshe. Osel was enthroned in March 1987 at Tushita Retreat Center in Dharamsala, India. 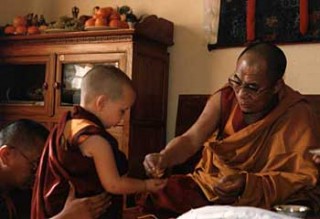 In 1991, at the age of seven, Osel began his monastic education at Sera Je Monastery in southern India where he simultaneously received private tutoring in Western subjects. He continued his studies there until 2003, when he relocated to Victoria, British Columbia, to engage in a traditional Western education.

Since 2010, Osel has been offering talks various FPMT centers offering around the world. He led a pilgrimage in India and Nepal in 2015 and organized a charitable organization to help provide relief and rebuild Nepal following the April 2015 earthquake. 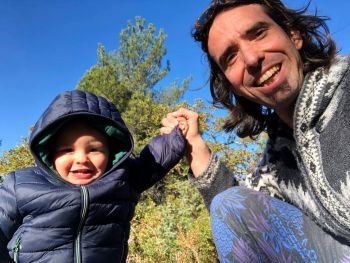 Osel with his son, Tenzin Norbu.

In September 2017 Osel welcomed his son Tenzin Norbu into the world.

In 2019, Osel taught in FPMT centers in California and Florida and attended teachings with Lama Zopa Rinpoche at Institut Vajra Yogini, France, and spent time with with Rinpoche when he visited Osel Ling, Spain. 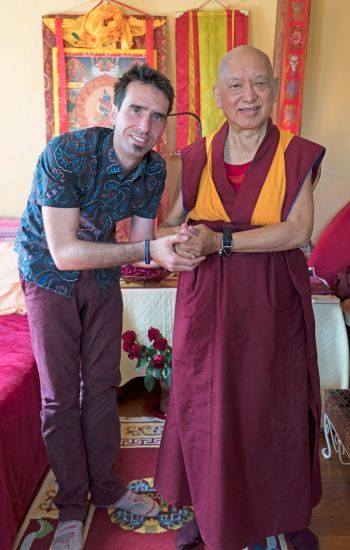 read all the news »

You can find public talks and other video content of Osel on the Lama Yeshe Wisdom Archive’s Youtube channel and FPMT’s video archive for Osel.

Below are further resources, including books, photos, documentaries and articles that may be of interest:

The Big Love Fund was established to provide financial resources to support the educational endeavors of Osel. You are welcome to contribute any amount to this fund: