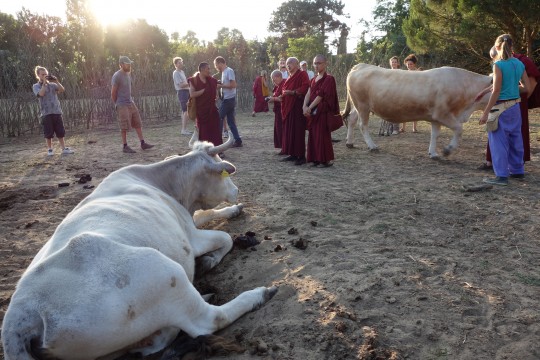 Animal liberation is a specific practice done for animals which would otherwise be killed. The practice involves taking the animals-in-danger around holy objects to leave positive imprints in their minds, reciting mantras for them, blessing water to sprinkle onto their bodies, and then releasing them. Animal blessings involve blessing any animal with mantras or a holy object. Animal liberation and animal blessings are two ways to benefit animals, bless their minds, and allow them to make a connection with the Dharma. Animal liberation practice is an incredible practice for anyone who has illnesses or is experiencing life obstacles. 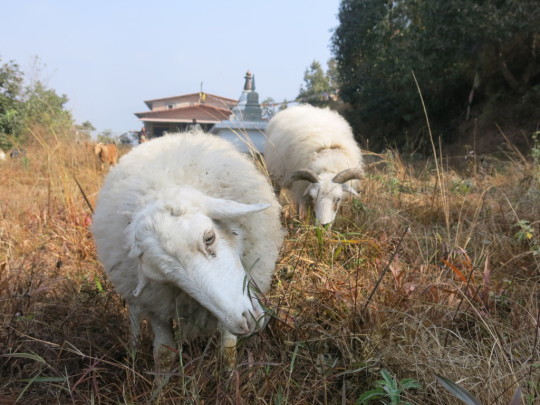 “Like yourself, all sentient beings want happiness and no not want suffering,  problems or discomfort.”
– Lama Zopa Rinpoche 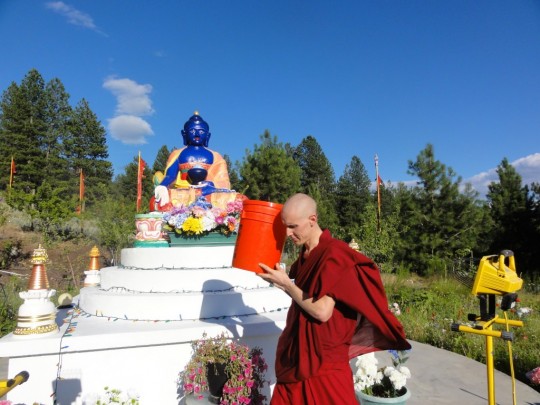 During the animal liberation practice, animals are carried around holy objects so the worms can create merit.

Benefiting animals in any way possible is a high priority for FPMT and one of Lama Zopa Rinpoche’s Vast Visions for the organization.

Meditation is not on the level of the object, but on that of the subject. You are the business of your meditation.