From New Zealand to Italy for the 100 Million Mani Retreat 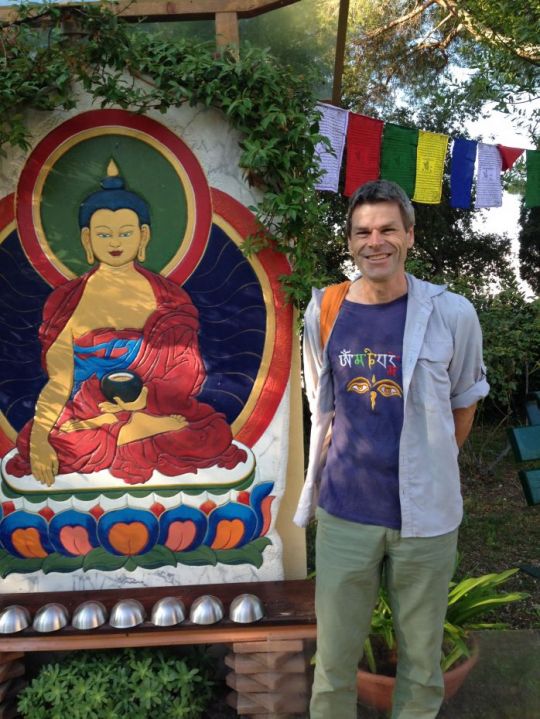 Students from all over the world are in attendance, including one person who has perhaps traveled further than most. Paul, a New Zealander who arrived in Italy by way of Australia, told one of the retreat organizers about his motivation behind the journey all the way from the southern hemisphere and his experience of the retreat so far. Here’s the story:

You are from New Zealand and you live in Australia, what made you come all the way up here?

Paul: I consider Lama Zopa Rinpoche as my main teacher, the one I have a connection with. Recently, I had the feeling that I should spend more time in front of him. Fortunately, I could be away from work for the entire month of October.

Have you already attended teachings, initiations, or retreats with Lama Zopa Rinpoche?

Yes. I was at the Great Chenrezig retreat at Chenrezig Institute and the Medicine Buddha retreat in Adelaide, both in Australia. Besides, I did the Kopan November course once.

Have you seen some of your fellow students from Kopan?

Oh, yes. I met quite a few of them again. It feels like after a wedding. One finds again friends sharing one’s same experience or sharing common friends.

Can you say that there is a kind of Kopan community? Do you find it supportive?

It is nice to know that you have friends around the world following a similar path. It gives me a feeling of interconnectedness. 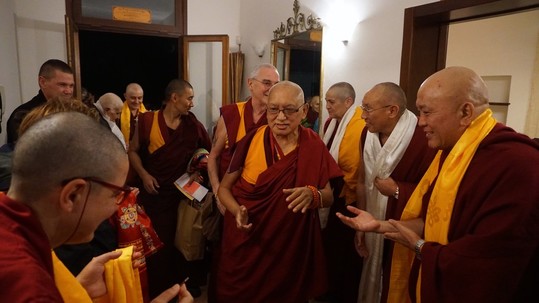 For more information on the 100 Million Mani Retreat and the programs offered at Istituto Lama Tzong Khapa visit:

You can watch Lama Zopa Rinpoche teach live from the 100 Million Mani Mantra Retreat on YouTube and Facebook. For links and details:
https://fpmt.org/media/streaming/lama-zopa-rinpoche-live/