Lama Zopa Rinpoche arrived late evening of November 12 from Munich, Germany, and stayed in Bern for two days before travelling on to Wallis, Switzerland. While offering welcome tea, Rinpoche talked about how important it is, if one encounters people who make our life difficult, to cherish them and to uphold them the most. 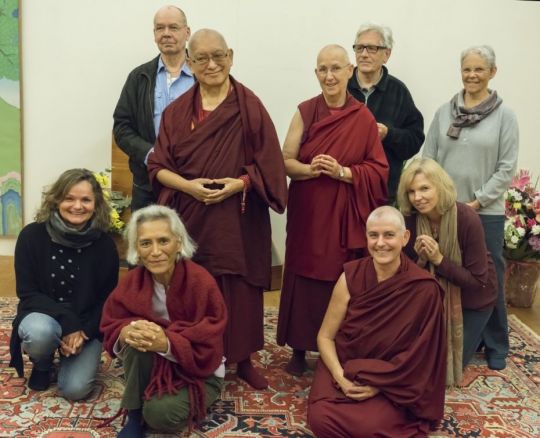 The next evening Rinpoche gave a very inspiring public teaching on recognizing and using our human potential, starting with how lucky we are not to be born as a tiger who has to kill others to survive. How fortunate we are to have attained a precious human rebirth, able to distinguish what is right and what is wrong, what brings happiness and what brings suffering. 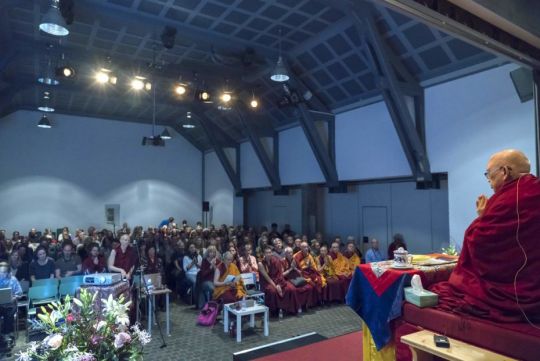 Then Rinpoche taught on the importance of practicing patience and how everything comes from the mind. He explained how we can do this—looking at every action as merely labeled, like a hallucination or a dream. This was a very powerful teaching on emptiness!

We had two wonderful and very blessed days with Rinpoche in Bern. Our time with him was powerful, moving, and inspiring. We are very grateful to Rinpoche for his visit and his precious teachings. 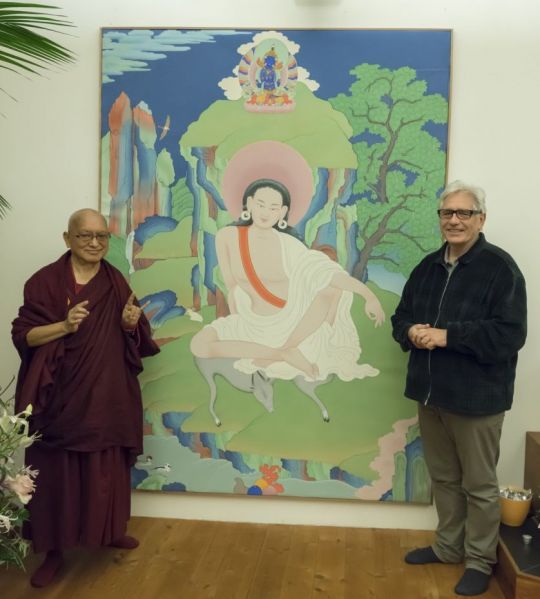 For more information about Longku Center, visit their website:
https://longku.fpmt.ch/fpmt7/nc/home/

Watch video recordings of Lama Zopa Rinpoche’s teachings from his 2018 European tour, which includes Spain, Germany, and Switzerland, and also find audio recordings of translations of the teachings in several languages as well as English language transcripts here:
https://fpmt.org/media/streaming/teachings-of-lama-zopa-rinpoche/europe-tour-2018/