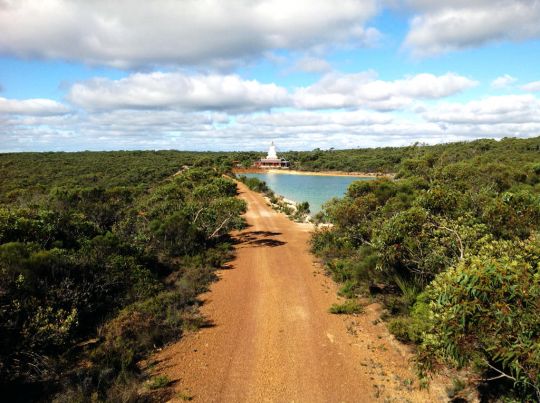 “De-Tong Ling Retreat Centre,” says retreat manager Dani Guo proudly in “De-Tong Ling Retreat Centre: Down Under, a Meditator’s Paradise,” a Mandala January-June 2017 online content article, “is the kind of paradise sought after by serious meditators thirsting to actualize the teachings of the Buddha.” And a new chapter is now dawning for the Australian “place of bliss and emptiness”: the construction of a new group retreat center.

Thanks to a generous donation from an anonymous benefactor, construction of the new facility is now underway. Volunteers are needed to help, and the center welcomes willing hands: any takers?

The new facility will accommodate up to forty people and enable De-Tong Ling to hold group retreats of varying lengths. The center also expects to broaden its spiritual program to accommodate the diverse needs and interests of both local and international meditators. It is an exciting time. Dani points out, “On a mundane level, there appears to be a motley crew of people getting muddy and moving earth around a lot. But on a supramundane level, what is unfolding is the real life manifestation of Dharma—loving-kindness, community, dedication, devotion, purification, joyous effort, wisdom, selflessness, and unity.”

Venerable Thubten Dondrub, resident teacher at Buddha House in Adelaide, Australia, has noted that simply being at De-Tong Ling is a retreat in itself. The powerful effects of the blessed environment, offering a place for introspection and peace, are available to everyone who comes, whether for work or retreat.

Read more in “De-Tong Ling Retreat Centre: Down Under, a Meditator’s Paradise,” part of the online content for the January-June 2017 issue of Mandala.

Mandala is offered as a benefit to supporters of the Friends of FPMT program, which provides funding for the educational, charitable and online work of FPMT.

The new print issue of Mandala magazine is available through the FPMT Foundation Store.