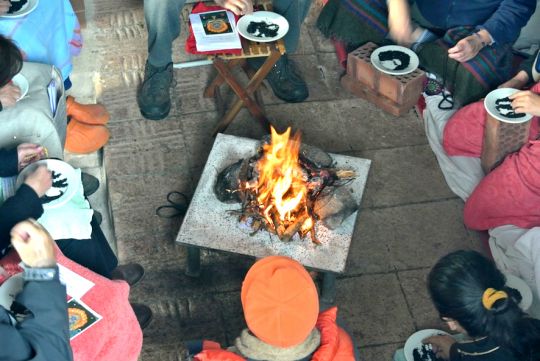 “From September 29 until November 3, 2016, Centro de Meditación Tushita in Spain hosted a five-week Dorje Khadro group retreat that was attended by ten participants from all over the world,” reported student Annette van Citters. “Together we recited more than 1 million mantras, while offering 20 kilograms [44 pounds] of black sesame seeds mixed with genuine Spanish extra virgin olive oil into 50 kilograms [110 pounds] of charcoal and 2 cubic meters [71 cubic feet] of firewood.

“During the first few days of the retreat, Geshe Jamphel Gyaltsen from Nalanda Monastery, France, kindly gave teachings on the practice and the sadhana. We started each day with a morning session in the gompa doing prostrations to the 35 Confession Buddhas, Lama Chöpa with meditation on guru devotion, and Lama Tsongkhapa guru yoga. After that, we descended to the area below the gompa for the actual Dorje Khadro practice sessions, followed by lamrim meditations. We moved back to the gompa for dedications at the end of the day. The closeness between gompa and fireplace gave the whole Dorje Khadro practice a pleasant, intimate feel. As we were in the middle of the forest, there was plenty of firewood for us to use. 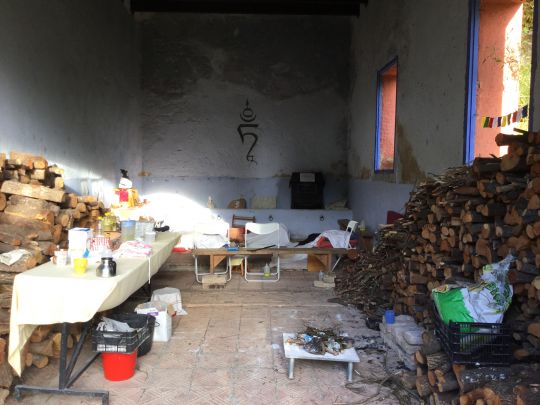 “The whole retreat was skillfully guided by Marina Brucet, a graduate of the FPMT Masters Program at Istituto Lama Tzong Khapa and current spiritual program coordinator at Tushita. Some sessions were guided by participants, which made for a very beautiful opportunity for everyone and a very good way of learning from each other. In addition, there was a team of warm-hearted volunteers who worked so hard to assist the participants in every possible way.”

“Once again, Tushita proved to be the perfect spot for a group retreat. Located on the edge of a national park on a mountain slope, there is an abundance of clean, crystal clear water. This water was used for the nine-day water bowl marathon in October 2015. The isolated quiet location (only birds and the occasional flock of sheep disturb the silence) and the spectacular open views make Tushita the perfect spot for the three-month Vajrasattva retreat organized there every other year.

“We dedicated our achievement to the long life of His Holiness the Dalai Lama, Lama Zopa Rinpoche, Tenzin Ösel Hita and all masters, and for all their wishes to come into fruition.” 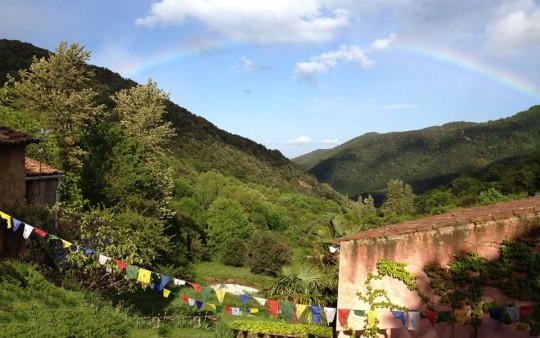 Mandala brings you news of Lama Zopa Rinpoche and of activities, teachings and events from nearly 160 FPMT centers, projects and services around the globe. If you like what you read on Mandala, consider becoming a Friend of FPMT, which supports our work.