Rejoice in the More Than 1.8 Million Kshitigarbha Mantras Recited to Pacify Earthquakes! 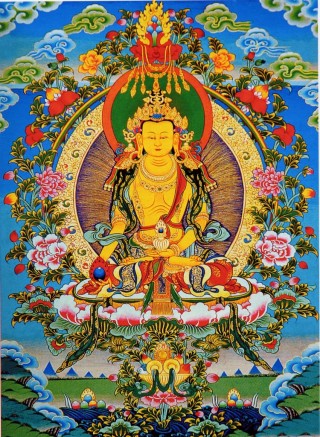 Recently, Land of Medicine Buddha announced that 1,840,962 recitations of the Kshitigarbha long mantra had been accumulated, completing the remaining advice Lama Zopa Rinpoche gave for preventing and pacifying earthquakes in California and the rest of the world. A total of 912 individuals and groups participated. Special thanks was offered to the students in Taiwan, who collected 423,700 recitations.

The other practices advised by Rinpoche had already been completed, reflecting the dedication and generosity of hundreds of students around the world. According to a February 2016 report, FPMT students collected US$31,100 to sponsor four recitations of the Tengyur; took the eight Mahayana precepts 2,436 times (the final total in July 2016 was 2,591); and completed six extensive Medicine Buddha pujas, all in addition to reciting the long Kshitigarbha mantra 1.8 million times.

You can find more advice from Lama Zopa Rinpoche on earthquakes and tsunami here:
https://fpmt.org/teachers/zopa/advice/tsunami-and-earthquakes/

FPMT.org brings you news of Lama Zopa Rinpoche and of activities, teachings and events from nearly 160 FPMT centers, projects and services around the globe. If you like what you read, consider becoming a Friend of FPMT, which supports our work.

Unlike an external enemy, the inner enemy cannot regroup and launch a comeback once it has been destroyed from within.