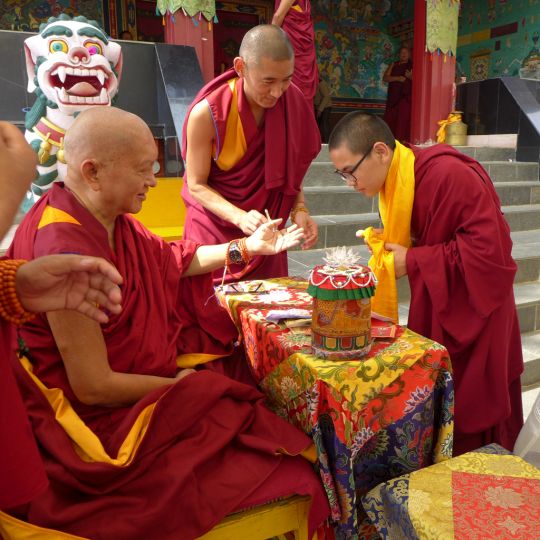 Lama Zopa Rinpoche arrived the night of February 25 at Kopan Monastery in Nepal to join in the Losar (Tibetan New Year) celebrations there. He had traveled from Tushita Meditation Centre in Dharamsala, India, where he visited briefly. On his arrival at Kopan, monks lined up with khatas to welcome him, and he was also offered khatas by Tenzin Phuntsok Rinpoche, the reincarnation of Kopan’s beloved Geshe Lama Konchog, who had recently arrived from Sera Je Monastery; Western Sangha members; and Western students participating in Kopan’s three-month Vajrasattva retreat. 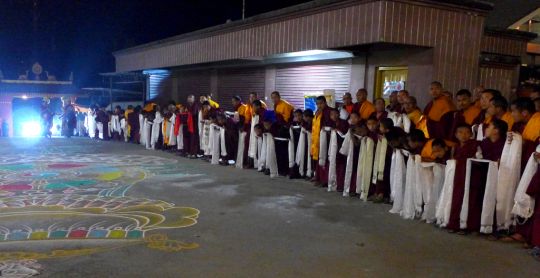 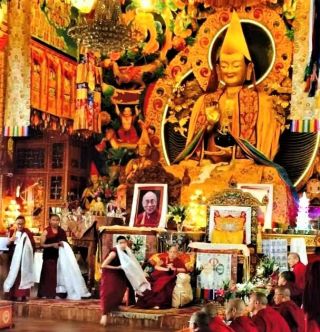 On Sunday, February 26, Kopan Monastery School had its year-end ceremony and celebration, during which exam results were announced and the monks received recognition and awards for their performance during the 2016-7 school year. Lama Zopa Rinpoche attended as well as Kopan’s abbot Khen Rinpoche Geshe Thubten Chonyi. Rinpoche spoke to the monks, reminding them how fortunate they were to study the monastic texts and offering them encouragement to work hard on their studies.

Lama Zopa Rinpoche attended Lama Chöpa tsog on the morning of Losar, celebrating the beginning of the new year with all the Kopan monks and nuns. Rinpoche gave a talk to the monks and nuns in Tibetan during the puja. 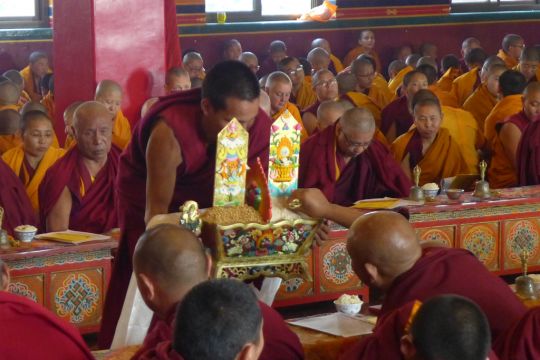 After the puja, khatas were offered to the rinpoches attending the puja and Kopan’s abbot. Then a big community picnic lunch followed. Tenzin Rigsel Rinpoche, Khensur Rinpoche Lama Lhundrup‘s reincarnation, who will be enthroned next week at Kopan, also attended the picnic. 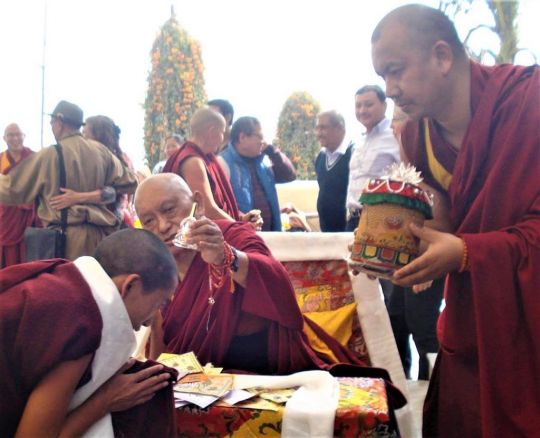 Lama Zopa Rinpoche and everyone at FPMT International Office wish all of our readers a big Losar Tashi Delek—Happy Tibetan New Year—to all! 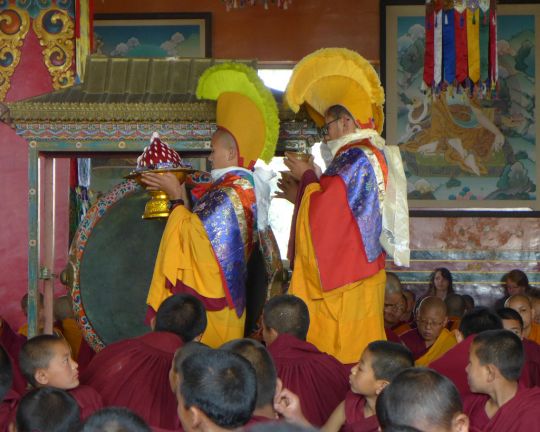