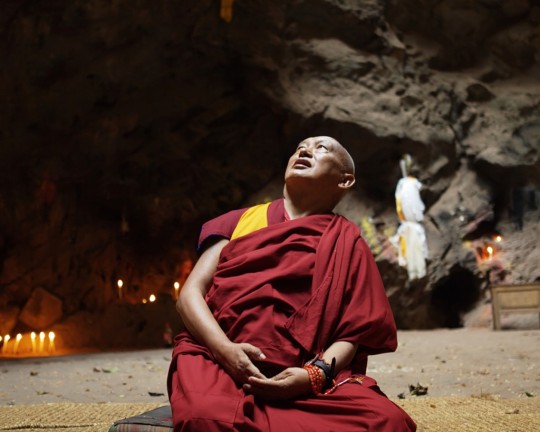 Before traveling to Singapore, Rinpoche spent six days at Maratika Caves (also known as Haleshi), during the 15 Days of Miracles. This holy site is where Guru Rinpoche, with the wisdom-mother Mandarava, achieved immortal life through the practice of Amitayus.

Rinpoche has a strong connection with the Maratika Lama, Khenpo Karma Wangchuk, who takes care of the area. The Maratika Lama is the son of Lama Ngawang Chophel, who was a close disciple of the Lawudo Lama Kunsang Yeshe, Lama Zopa Rinpoche’s previous incarnation. (For more on this important pilgrimage site, see “The Caves of Maratika,” published in Mandala June-July 2008.)

Rinpoche went to Maratika to do some personal retreat. He did several session as well as other practices in the main cave at Maratika and circumabulated the mountain that contains the caves two times. 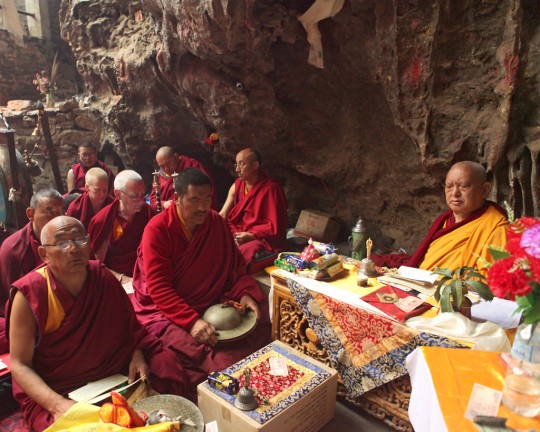 There were several Kopan monks and a Kopan nun also at Maratika, doing long life retreat. Every year Kopan sponsors long life practice dedicated to His Holiness the Dalai Lama’s and Lama Zopa Rinpoche’s long lives. The monks were able to do a lot of practice with Rinpoche, who joined a number of the retreat sessions as well as led Lama Chöpa with them several times and at night led them in his room in protector prayers, “King of Prayers,” and so forth. Rinpoche gave much advice to them in Tibetan and it was very precious for them to have so much time with Rinpoche. 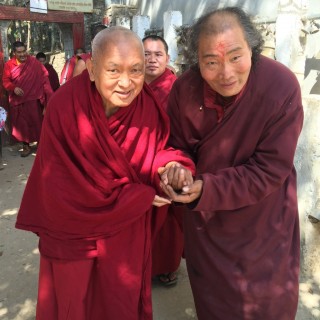 Osel Dorje Rinpoche, a Nyingma lama, was at Maratika during Lama Zopa Rinpoche’s visit and spent some time with Rinpoche.

Rinpoche also liberated three goats, two of which were sponsored by Ven. Roger Kunsang. Rinpoche took time to explain the motivation for liberating goats, and he blessed cords to go around the goats’ necks.

Rinpoche seemed very happy during his stay at Maratika. Since the visit was during the 15 Days of Miracles, the merit generated due to all the practices was multiplied a hundred million times. We can all rejoice in this! 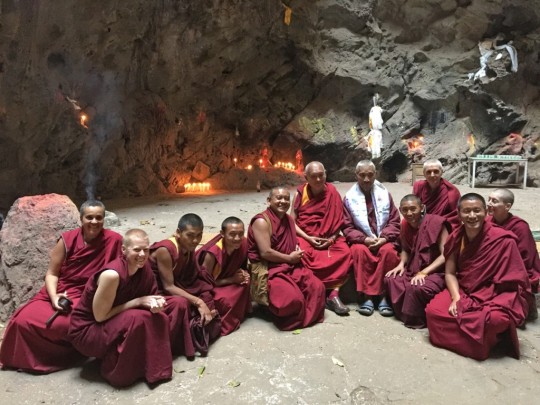 The essence of the guru is wisdom: the perfectly clear and radiant state of mind in which bliss and the realization of emptiness are inseparably unified.