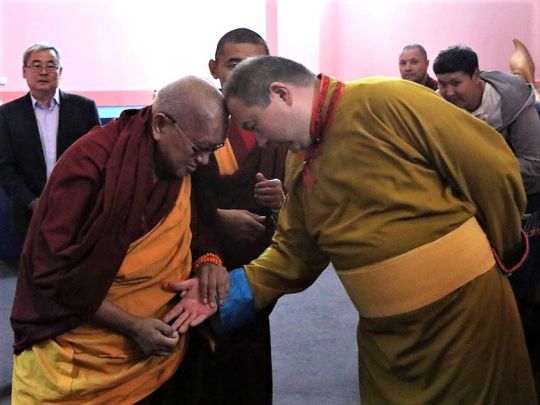 You can watch Lama Zopa Rinpoche teach live from Moscow starting on Saturday, May 27. The teachings run from May 27 through June 3 and will be live-streamed. Details can be found here: http://en.lamazopa.ru/ 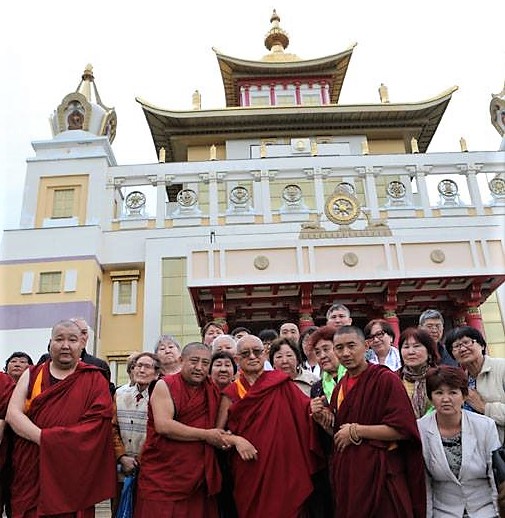 Rinpoche has been teaching in Elista, the capital of Kalmykia, Russia, May 20-24, where he has been hosted by Telo Rinpoche, an important spiritual leader of the Kalmyk people. Kalmykia is a traditionally Buddhist region in Russia. 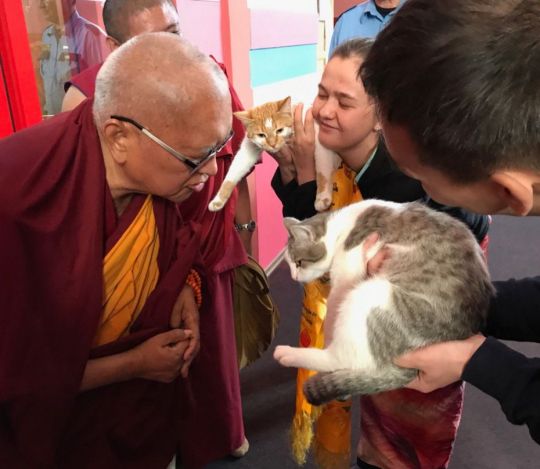 Rinpoche last visited Ganden Tendar Ling Center in Moscow in 2015 when he taught on the “Three Principal Aspects of the Path.” 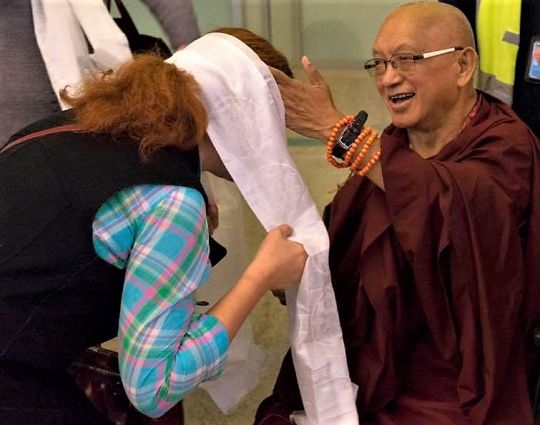 Lama Zopa Rinpoche in Kalmykia, Russia, May 2017. Photo by Mariam Ke via Facebook.

Rinpoche’s schedule of teachings can be found here:
https://fpmt.org/teachers/zopa/schedule/