An Interview with Buddhist Scholar John Dunne on Mindfulness 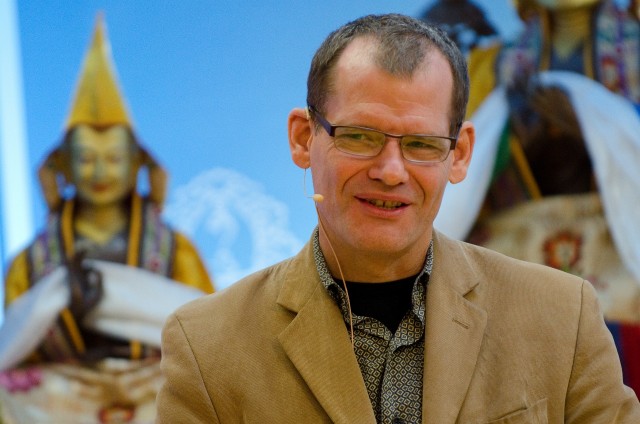 What do we think of when we hear the word mindfulness? Does it change depending on the context? How has the term been understood in the past? Is its popularity significant to Buddhism’s future? John Dunne, associate professor of religion at Emory University and a fellow of the Mind and Life Institute, has both the technical Buddhist philosophical background and connection to contemporary scientific research exploring mindfulness necessary to address these questions. During a visit in October 2013 to Maitripa College in Portland, Oregon, US, John spent a half-hour summing up for Mandala readers the many centuries of meaning that have collected around the word “mindfulness.” We share the complete interview as part of our January-March 2014 online content.

Mandala: I wanted to talk to you about the concept of mindfulness and how it has been articulated and used both historically and in contemporary settings. Within the FPMT, Lama Zopa Rinpoche has encouraged FPMT students to understand mindfulness within the Mahayana tradition. Could you talk about how mindfulness has been used in classical Indian Buddhist philosophy and then whether subsequently that evolved and changed within Tibetan Buddhism?

John Dunne: If we just think about the contemporary use of mindfulness, there is a lot of interest in mindfulness on many levels. You could say it has even become a kind of cultural trope in the United States. I heard it on the radio sometime when I was listening to NPR during a pledge drive. Someone was talking about “mindful pledging” – and this is in Atlanta! I was surprised to find that; you see that everywhere, in Europe and among the educated elites of the big cities worldwide as well. There is a lot of interest in mindfulness. It is a cultural meme that has taken off to an unbelievable degree. And maybe that’s part of the reason why it is also very hard to say what it is. It is in some way whatever you make of it, and there really are many different varieties of mindfulness.

One of the ways in which my scientific colleagues and I have been trying to understand it is therefore not in terms of finding a single version of what is the one true mindfulness, but rather to think of it as a family or range of practices and a range of practice styles that come out of different kinds of Buddhist contexts. That is actually a very useful way to think about it in Buddhist terms as well, because it is really not the case that there is just one version of mindfulness even within Buddhism, possibly ever. Certainly by the time Buddhism reaches Tibet, there is already some significant differentiation in how it would be proper to use that term. …