The Hidden Toll of Australia’s 2011 Floods 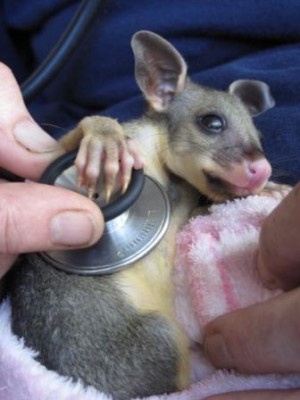 An orphaned possum joey being examined, 2011. Photo by Tania Duratovic.

“The start of 2011 saw the Australian state of Queensland experience some of the worst flooding in history, resulting in three-quarters of the state, an area the size of France and Germany combined, being declared a disaster zone. Stretching from remote farming communities to the state’s capital, Brisbane, the floods killed 35 people and affected the lives of more than 200,000. The hidden toll, as in many disasters, however, was the thousands of injured, orphaned and deceased animals.”

If you help others with sincere motivation and sincere concern, that will bring you more fortune, more friends, more smiles, and more success. If you forget about others’ rights and neglect others’ welfare, ultimately you will be very lonely.