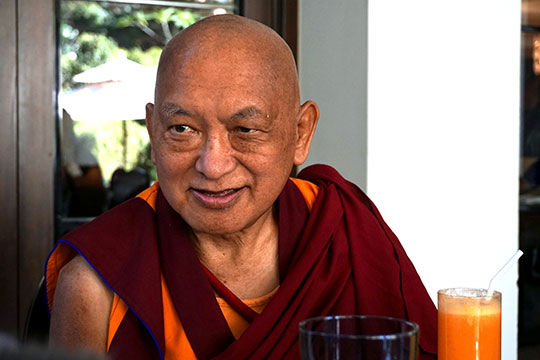 We Invite You to Rejoice with Us!

Mandala Magazine: It’s Not Too Late

FPMT Affiliates Area: Did You Find … 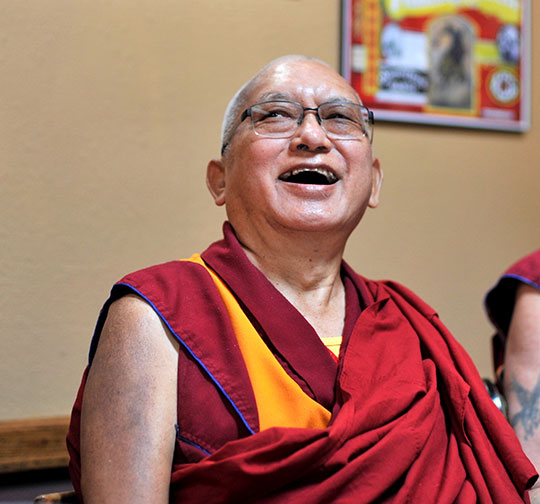 In a letter to a student, Lama Zopa Rinpoche once wrote, “I think the most important thing is that you’re happy … I’m talking about the happiness that you can develop from life to life, up to enlightenment. This happiness can be completed; it is so meaningful. Whatever you do in the world, this is the essence. This happiness is Dharma.” Read in full …

‘We Must Respect Other Religions’ 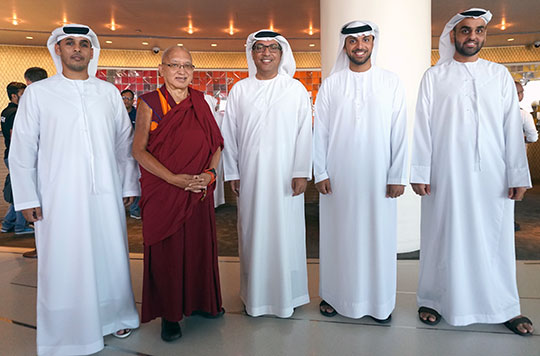 “[It would be good] for the centers to arrange regular interfaith dialogues with religious leaders in their local community,” encouraged Lama Zopa Rinpoche when he developed his Vast Visions for FPMT, noting that this is one way FPMT can offer service to His Holiness the Dalai Lama and support his aims. Read in full …

How to Benefit Insects and Other Small Beings [Video] 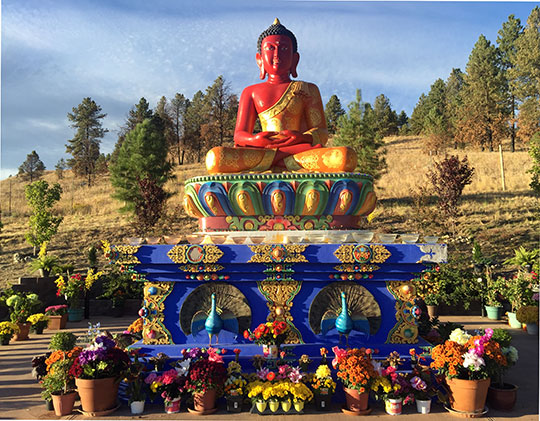 A student wrote to Lama Zopa Rinpoche to ask what to do when finding dead insects. Rinpoche responded, taking the opportunity not only to give advice but to describe in detail how he and Sangha members work to benefit insects, birds, and other small animals. Read in full …

Find a wide range of advice on Rinpoche’s Advice page.

April 1 – 30 Teachings and celebration in Korea for the Jade Buddha for Universal Peace, a project of the Great Stupa of Universal Compassion

We Invite You to Rejoice with Us! 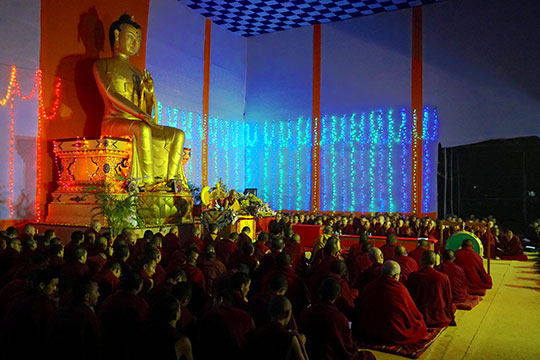 On January 2, a long life puja was offered to Lama Zopa Rinpoche on behalf of Sera Je Monastery on the Maitreya Project land in Bodhgaya, India. The puja was to thank Rinpoche for twenty-six years of support offered through the Sera Je Food Fund. Photo by Ven. Lobsang Sherab. 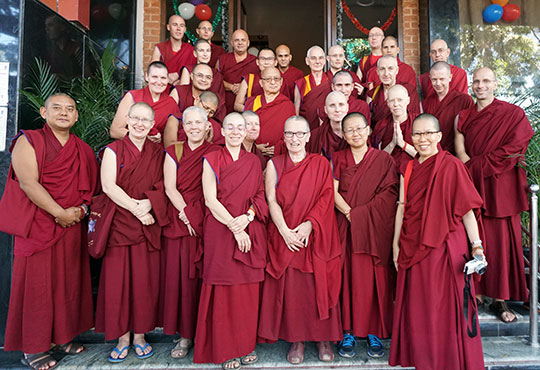 Support the Dharma, enjoy the Dharma! Read more on the merits and benefits of being a Friend of FPMT supporter here.

This calendar includes lunar dates and information about more than thirty kinds of practice days and auspicious and inauspicious days for each month. The calendar was prepared by astrologer Ngawang Thartho based on the Tibetan Medical and Astrological Institute’s calendar, with additional advice from Lama Zopa Rinpoche and Geshe Ngawang Dakpa.

Mandala Magazine: It’s Not Too Late

It’s not too late to get your copy of the January-June 2017 issue of Mandala, which explores what it means to really practice Dharma and includes teachings by Ribur Rinpoche, Lama Yeshe, and Lama Zopa Rinpoche. Get your copy from the Foundation Store or as a Friend of FPMT. 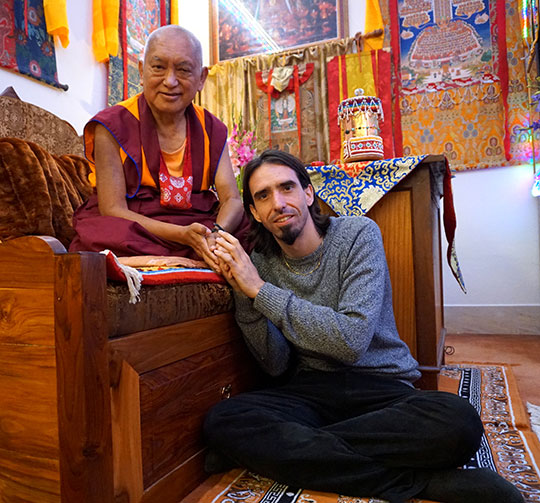 A reminder to please offer Lama Chöpa with tsog on Tibetan New Year (Losar). This year, Losar is on February 27, 2017. Rinpoche advises that FPMT centers should offer extensive Lama Chöpa with tsog on this day each year to honor the anniversary of Lama Yeshe’s passing away. Rinpoche added that it is good to do this at the time Lama Yeshe passed away, which was at 5 a.m. (on Losar in 1984). Rinpoche emphasized the importance and benefits in offering tsog on that occasion each year. Find more on this in the Affiliates Area …

FPMT Affiliates Area: Did You Find …

Congratulations to Buddha House, Adelaide, Australia, on its move into its new building on January 16—after a lot of work from volunteers!

Please check out the regularly updated meritorious opportunities to offer service as a volunteer or as paid staff in FPMT centers, projects, and services around the world. Root Institute, Bodhgaya, India, is looking for an interpreter (Tibetan-English), a Basic Program teaching assistant, and a fundraiser and publicity officer; Mahamudra Center, New Zealand, needs a cook and a housekeeper.

If you received this from someone else, or unformatted,
visit our subscribe page to receive this newsletter directly.

We hear religious people talk a lot about morality. What is morality? Morality is the wisdom that understands the nature of the mind. The mind that understands its own nature automatically becomes moral, or positive; and the actions motivated by such a mind also become positive. That’s what we call morality. The basic nature of the narrow mind is ignorance; therefore the narrow mind is negative.