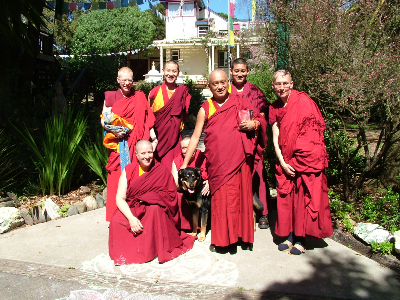 Lama Zopa Rinpoche with IMI Sangha at his residence in California.

It has always been a high priority of FPMT and Lama Zopa Rinpoche to support and care for our IMI (International Mahayana Institute) Sangha family. IMI is made up of the monks and nuns of FPMT. 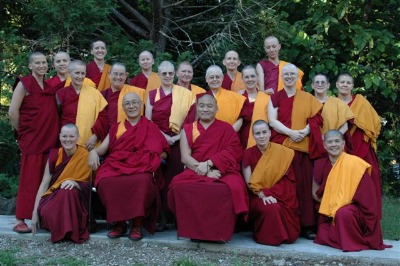 In addition, on each of the four holy days (15th day of Losar, Saka Dawa, Buddha’s First teaching and Buddha’s Descent from Tushita), through the FPMT Puja Fund a small offering is made directly to each Sangha member at the IMI Sangha communities of FPMT in Italy, France, Australia and USA.

The root of your life’s problems becomes non-existent when you cherish others.