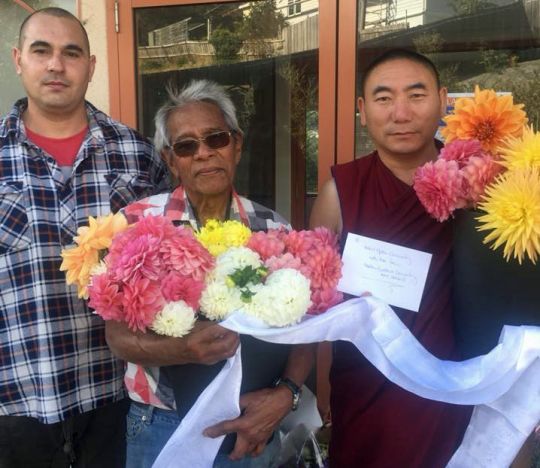 We visited the Hobart Mosque on March 18—offering freshly picked flowers from the gardens that surround the Chag Tong Chen Tong Centre (CTCT) gompa and extending our hearts, prayers, love, and care for our Muslim brothers and sisters on behalf of the CTCT Tibetan Buddhist community at this very tender time.

It was an especially moving experience for us to return and meet with our friends again at the Hobart Mosque. CTCT had enjoyed many years—some just part-time room rental, and then almost two-and-a-half years of full-time rental—of the eight-room Victorian house, which had been modified for use as a mosque. These modifications included beautiful religiously-themed stained-glass panels around the doorway. The Hobart Mosque community made their old mosque building available for rental after they built a bigger mosque on the same property in 2004. 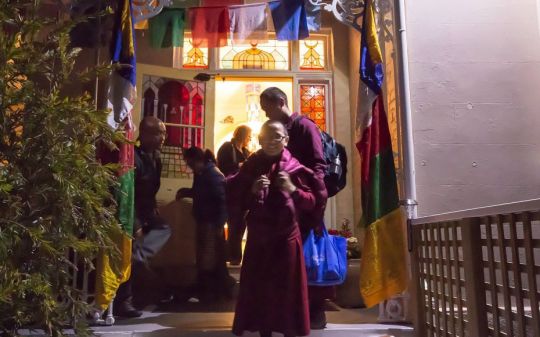 We always shared a lovely harmony with the Hobart Mosque community. During our recent visit they told us how much they miss having our center community there with them since we relocated a couple of years ago due to our financial circumstances.

The Hobart Mosque is the venue where we welcomed the very first most precious, especially blessed and unforgettable two-day visit of Tenzin Phuntsok Rinpoche and Geshe Tenzin Zopa to CTCT in August 2015. 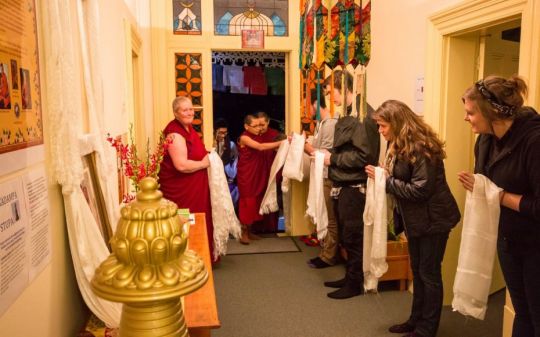 Actions that give harm to other sentient beings aren’t those of a bodhisattva. In Buddhism, there’s no such thing as a holy war. You have to understand this. It’s impossible to equalize everybody on earth through force.