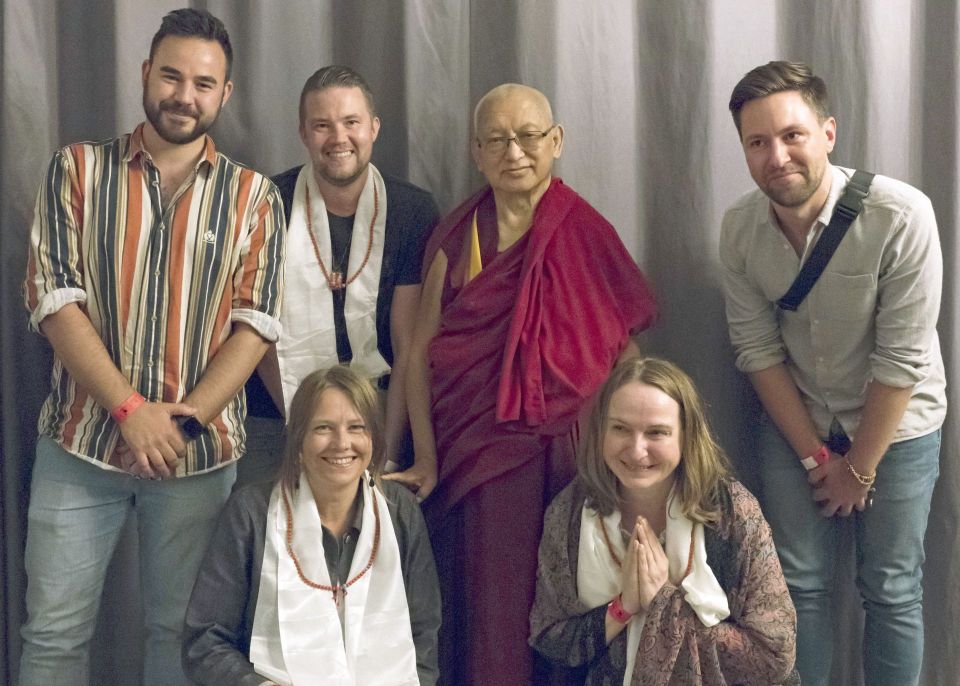 Nowadays Dharma teachings are widely available across the globe in a variety of major languages. Smaller countries like Finland, however, often have to make do with teachings in English. But learning the Dharma is a matter of the heart, not only the mind, and we all know the power of hearing and studying the Dharma in one’s own mother tongue. Since 2017, the precious possibility of receiving teachings in Finnish has been available thanks to the hard work of Tara Liberation Study Group staff and FPMT registered teacher Joona Repo.

Some of you might have heard of Joona from his role as translation coordinator for FPMT Education Services. Joona encountered the Dharma during his mid-teens and since then has accumulated an enormous amount of wisdom, which he doesn’t hesitate to share with anyone who wishes to learn the precious Dharma. 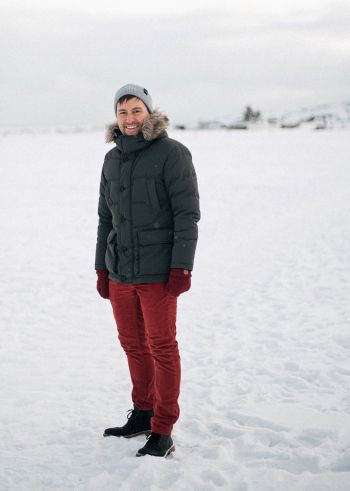 A native speaker of both Finnish and English, and with a strong grasp of classical and colloquial Tibetan, Joona relays the Buddhist teachings in a detailed and inspiring way. Holding a PhD in Buddhist art history and with several years’ experience of living in Tibet and Nepal, Joona possesses extensive knowledge of Tibetan customs, culture, and history. This helps to bring the teachings alive and opens up the sometimes cryptic Tibetan Buddhist rituals to a wider contextual understanding, bringing meaning and depth to practice.

During the regular Monday sessions at the Tara Liberation Study Group, Joona has been focusing on the lamrim teachings, which he says are the backbone of all Tibetan Buddhist practices. He has thus far taught up to the great scope and the methods to generate bodhichitta. From this autumn, Joona will continue teaching on the lamrim and will be giving an explanation of the six perfections, mainly focusing on the development of the fifth perfection, concentration. Many students have been attending Joona’s teachings for a long time, and the increasing numbers of students shows the benefits of providing the Dharma teachings in the Finnish language.

Other topics that Joona has covered include an inspiring introduction to the “Praises to the Twenty-one Taras,” as well as in-depth instructions on the Thirty-five Buddhas purification practice. Tara Liberation Study Group has also benefited from Joona’s ability to lead a wide range of pujas and practices in the traditional Gelug fashion.

The group feels incredibly privileged to have a regular teacher with such a vast capacity, and we were very touched when Lama Zopa Rinpoche publicly thanked Joona for his contribution to spreading the Dharma in Finland, during the teachings in Riga, Latvia, in June 2019.

We are enthusiastic about the current semester and eagerly look forward to Monday evenings when we get our Dharma dose in the Finnish language. May this be of benefit to all beings.

FPMT.org and Mandala Publications brings you news of Lama Zopa Rinpoche and of activities, teachings and events from over 160 FPMT centers, projects and services around the globe. If you like what you read, consider becoming a Friend of FPMT, which supports our work.

When others insult, rebuke and speak unpleasant words to us, although an intolerable pain arises like a thorn at the heart, if we comprehend the teachings then we can recognize the essenceless nature of these words which resemble an echo. So just as when an inanimate object is scolded, we will experience not the slightest mental turmoil.