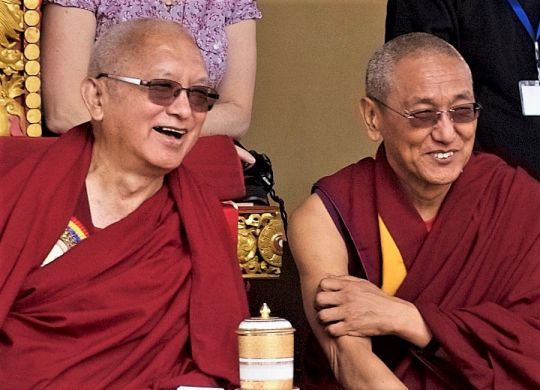 Lama Zopa Rinpoche has been staying at Kopan Monastery since late February. 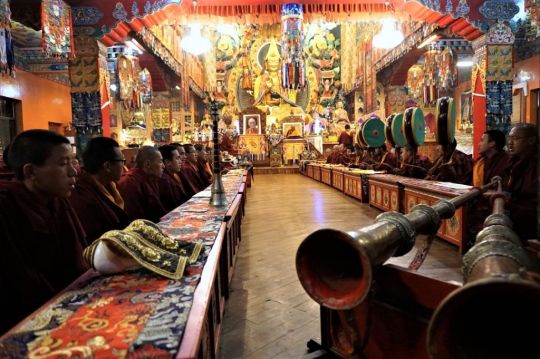 He also circumambulated and made offerings at stupas in Boudhanath and Swayambu. 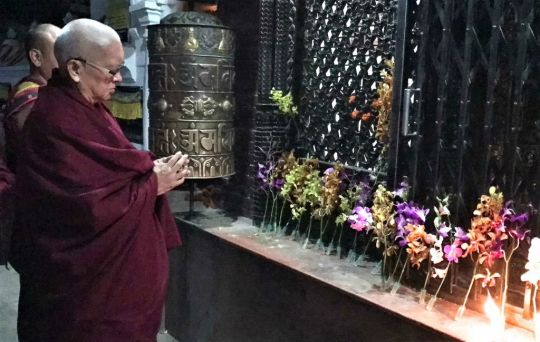 As well, he presided over the enthronement of Thubten Rigsel Rinpoche (the reincarnation of Khensur Rinpoche Lama Lhundrup, Kopan’s former abbot), a celebration that attracted almost a thousand visitors to Kopan, and he visited the Himalayan Buddhist Meditation Centre in Kathmandu. 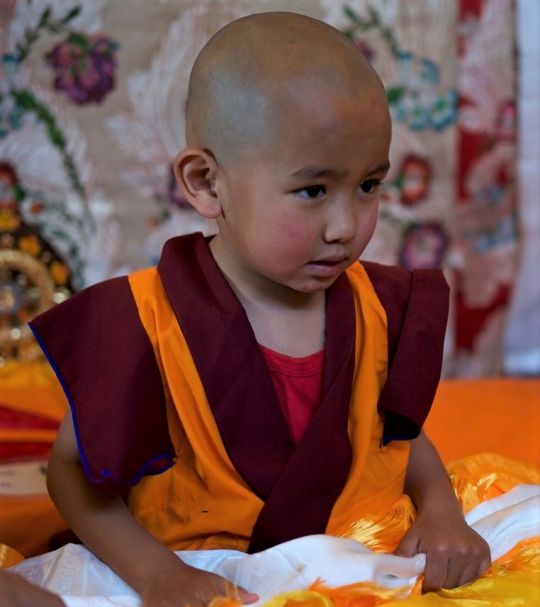 Rinpoche also met with His Eminence Jangtse Chöje Lobsang Tenzin Rinpoche, who came to Kopan to attend the Great Prayer Festival (Monlam Chenmo) and teach on mind training on March 14. Jangstse Chöje Rinpoche received a warm welcome when he arrived, with gyalings, cymbals, and banners, and lines of students offering khatas. 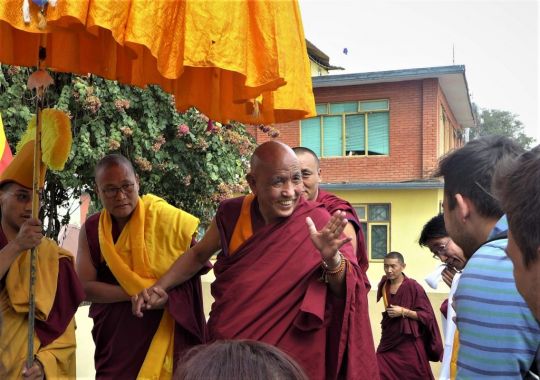 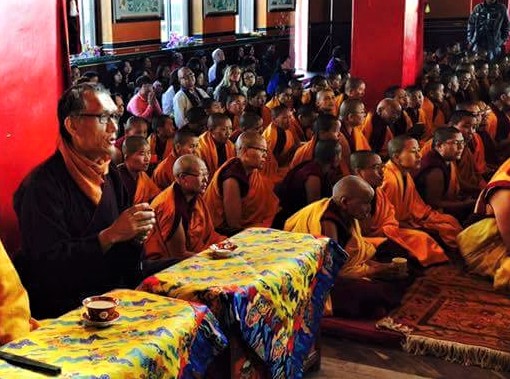 While at Kopan, Rinpoche also visited with students doing a three-month Vajrasattva retreat at the monastery, and gave them encouragement and advice. 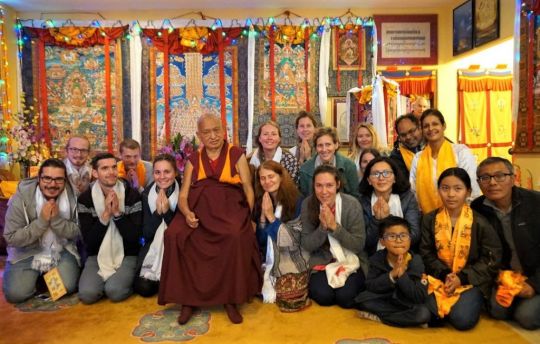 On March 7, Lama Zopa Rinpoche gave an Amitayus long life initiation attended by Tenzin Phuntsok Rinpoche and his younger brother, the newly enthroned Thubten Rigsel Rinpoche, among many others. 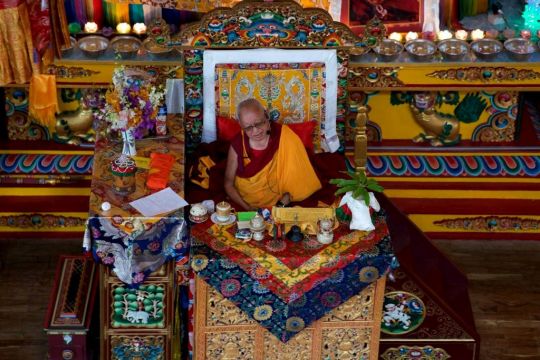 Rinpoche later attended a Lama Chöpa with tsog, where he was joined by Jangtse Chöje Rinpoche. The gompa was full for this precious opportunity for both monastic and lay students to celebrate Lama Chöpa with their revered lamas; robes and funds were offered to Sangha, and the tsog overflowed. After the puja, Lama Zopa Rinpoche gave a talk about the importance of circumambulation, stressing the need for setting a beneficial motivation and describing how to visualize offering rice to a stupa.

Rinpoche’s visit to Kopan was honored with a grand thank-you dinner at the Hyatt Hotel in Kathmandu, located near Boudhanath Stupa. The meal was attended by approximately 400 people, including many of the international guests who came for the enthronement of Thubten Rigsel Rinpoche, senior Kopan monks and nuns, IMI Sangha, and local volunteers who helped during the three days of enthronement celebrations. Kopan’s abbot, Khen Rinpoche Geshe Chonyi, and Paula de Wijs-Koolkin, who first came to Kopan in 1972 and attended the November course that year, gave short speeches after dinner. (Three other people who attended the November 1972 course were also present for the enthronement celebrations—Ven. Yeshe Khadro, Luca Corona, and Marcel Bertels.) 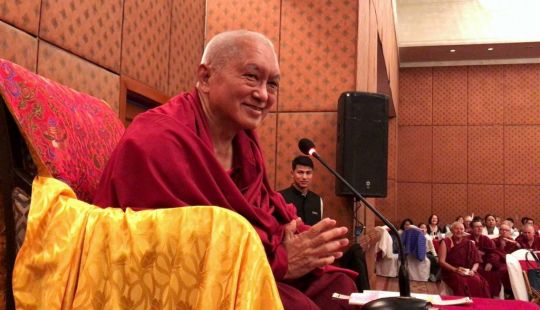 Lama Zopa Rinpoche speaking to attendees at the dinner at the Hyatt. Nepal, March 2017. Photo by Bill Kane.

After the meal, Lama Zopa Rinpoche gave advice again on circumambulation, and close to 200 people followed him over to Boudhanath Stupa. There, Rinpoche led them in seven circumambulations around the stupa, stopping occasionally to give reminders about motivation, offer advice, and, at the end, lead a dedication. The circumambulation ended around midnight, and—tired but joyful—those present said goodnight to each other and to Rinpoche. 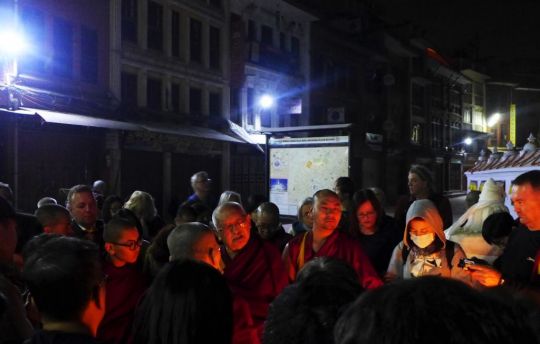