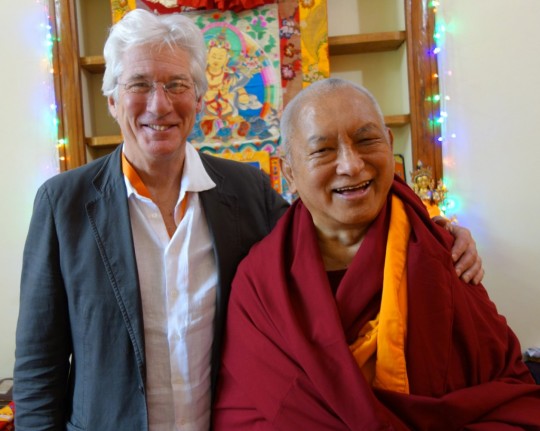 The Jangchup Lamrim teachings with His Holiness the Dalai Lama at Gaden Monastery have concluded. More than 25,000 people, including 2000 foreigners from 43 countries, attended the week-long teaching event in South India. Lama Zopa Rinpoche was among the many high lamas, rinpoches and geshes in attendance. On Christmas Day, Lama Zopa Rinpoche had lunch with American actor Richard Gere, who was also attending the teachings.

The purpose of meditation is not to reach nirvana and then disappear. If that was the case, it would better that you manifested as a flower!