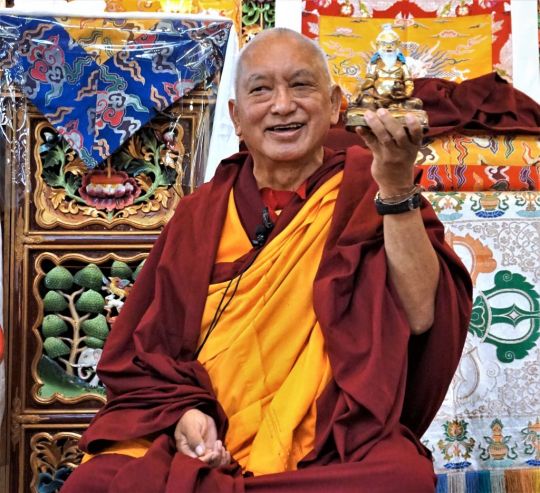 While at Kopan Monastery in Nepal recently, Lama Zopa Rinpoche was shown a precious relic from the great Tibetan yogi Thangtong Gyalpo by Chusang Rinpoche, the spiritual head of Chusang Gompa, a Gelug monastery in Boudhanath, Nepal.

Chusang Rinpoche was born in Tibet in 1959 and is the son Bardok Chusang Rinpoche. The family took refuge in Nepal in the early 1960s, and the younger Rinpoche went on to become a lharampa geshe. He visited Lama Zopa Rinpoche this past December and showed him the relic, which self-emanated from a dog bone. 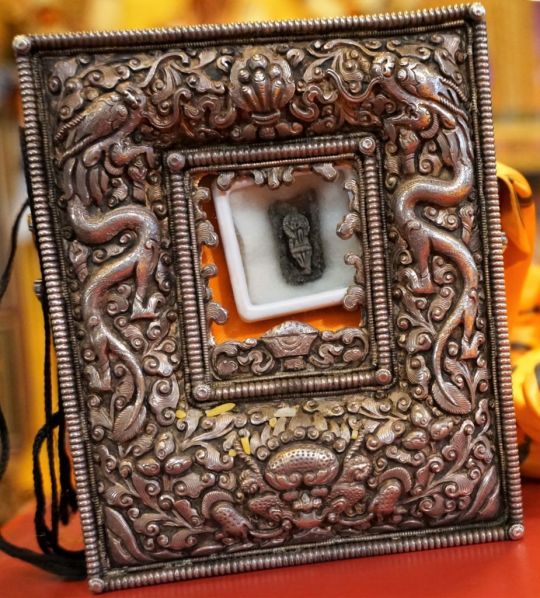 Lama Zopa Rinpoche took the opportunity to give a talk about Thangtong Gyalpo and show students the relic.

Thangtong Gyalpo (1385–1464) was not just a great yogi but also a skilled engineer and artist, famous for building bridges across rivers to help the people of Tibet in very practical ways. He is said to have built 58 iron bridges, 60 wooden bridges, 118 ferries, 120 assembly halls and temples, 111 stupas and many hundreds of large and small statues, as well as creating innumerable paintings.

Lama Zopa Rinpoche has recommended that students of FPMT living in areas threatened by earthquakes post an image of Thangtong Gyalpo to help mitigate the effects of possible quakes. 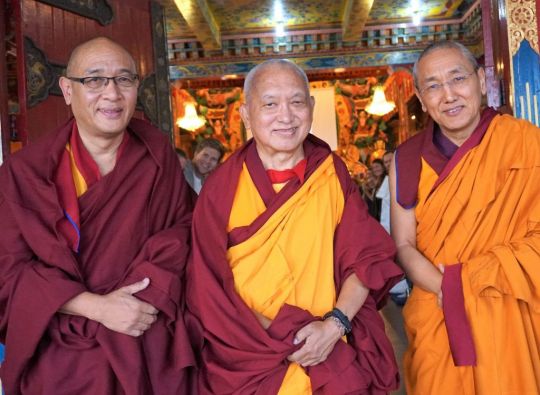 For more advice from Rinpoche on earthquakes, please see the page “Tsunami and Earthquakes”:
https://fpmt.org/teachers/zopa/advice/tsunami-and-earthquakes/

The reason we are unhappy is because we have extreme craving for sense objects – samsaric objects – and we grasp at them. We are seeking to solve our problems, but we are not seeking in the right place. The right place is our ego-grasping.