Please Rejoice on Saka Dawa for the Prayers and Practices Offered by 15,650 Sangha 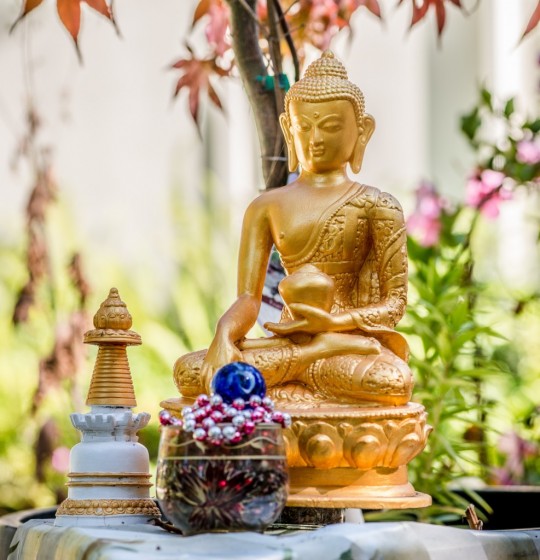 Each year on Saka Dawa (Day 15 of Month 4: Lord Buddha’s birth, enlightenment and parinirvana), the Puja Fund sponsors an extensive array of offerings and pujas.

Please rejoice that today, on Saka Dawa, 15,650 ordained Sangha members are offering prayers for the entire FPMT organization. The Prajnaparamita and 100,000 Praises to Tara are both being recited, pujas are being offered, extensive offerings are presented to Lama Zopa Rinpoche’s gurus and holy objects in India and Tibet, among many other virtuous activities which have been advised by Lama Zopa Rinpoche.

You are welcome to participate in all of this beneficial activity (which is multiplied in virtue by one hundred million during Saka Dawa month, according to the Vinaya text Treasure of Quotations and Logic) by mentally offering or rejoicing in these practices.

You can also think of all the offerings (water, lights, fruit) that are being made in all the FPMT centers around the world, as well as all the practices that are happening over Saka Dawa. For example, the Kopan nuns are currently doing four nyung näs, outside, due to the aftershocks that are still happening in Nepal. There is so much to rejoice in today. Happy Saka Dawa!

The Puja Fund was established by Lama Zopa Rinpoche to provide resources for continuous pujas dedicated to the long life of His Holiness the Dalai Lama and to the success of all the FPMT centers, projects, services, students, benefactors and those serving the organization in any way. You can learn more about the Puja Fund, or FPMT’s other extensive charitable activity.