Food Offered to Students and Teachers of Ngari Institute in Ladakh, India 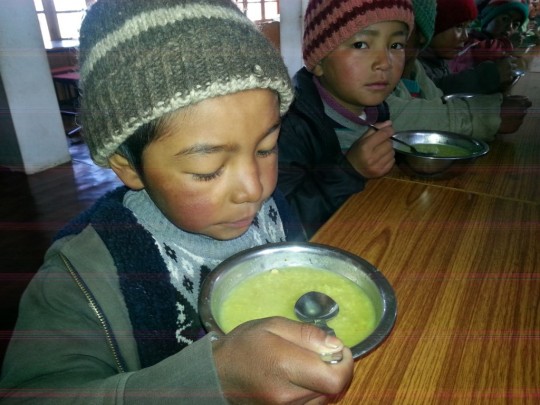 Young students of Ngari Institute are offered three meals a day through a food offering made by the Social Services Fund.

For the third year, Lama Zopa Rinpoche, through the Social Services Fund, has offered food to the school children of Ngari Institute in Ladakh, India. This year, forty children, fifteen teachers, and 15 young monks will benefit from this offering. The cost is $US19,926.

Ngari Institute is located  in the Himalayan Kingdom of Ladakh in a small village called Saboo. The campus is spread over 20 hectares of deserted land. The main aim of this school is to empower and enrich the poor and needy remote area students by imparting a combined learning of both modern scientific knowledge and ancient Buddhist wisdom. It was founded by the Ladakh alumni of Sera Jey Monastery in South India. In 2007 Geshe Tsewang Dorje was invited to take full responsibility for this project.

In 2010 Geshe Tsewang Dorje appointed a group to search out children who would otherwise miss educational opportunities, especially orphans and extremely poor children in the remote area, which runs between Tibet and Ladakh. These children will now be able to receive a modern education as well as learn about Tibetan Buddhism and their own culture. 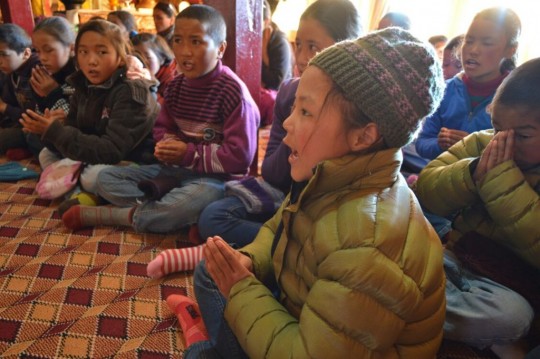 The  children at the Ngari Institute are orphans or have come from very poor families.

In the future, plans are underway to build a monastery at the institute. Young monastics will receive a traditional education along with monastic debate classes. There is currently no monastery in Ladakh which preserves Tibetan Buddhisms’ long tradition of debate. 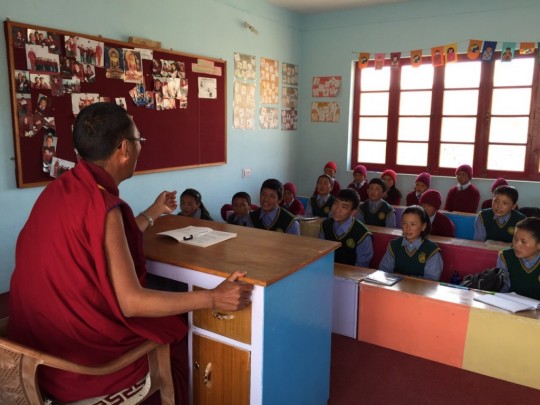 The students follow the standard government educational curriculum during the day and learn about Tibetan Buddhism and culture during after-school hours.

All are welcome to contribute to this precious offering of food to these students and their kind teachers.

No desire means no emotional pain of attachment, anger and jealousy. There is peace, openness and space for genuine love and compassion to arise.