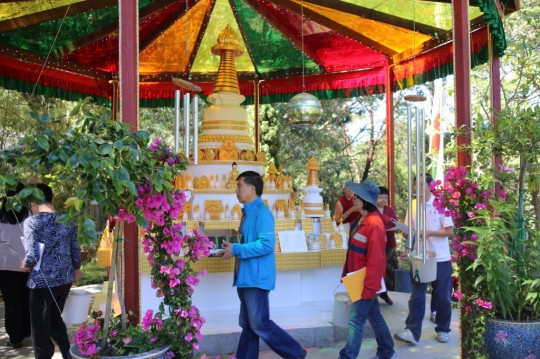 Animals being circumambulated around the stupa at Kachoe Dechen Ling, CA, USA.

Benefiting animals in any way possible is a high priority for FPMT and one of Lama Zopa Rinpoche’s Vast Visions for the organization. The Animal Liberation Fund helps carry forth this work.

In 2014, approximately 77,100 animals were liberated by Sangha at Rinpoche’s house in USA. Not only were the animals saved from untimely death but they were also taken around an incredible amount of holy objects, mantras were recited and blown on them and they were carefully placed where they could live out the rest of their life. Please rejoice!

Please rejoice in the different ways we were able to benefit animals in 2014. This is an incredible service to all sentient beings that FPMT sponsors every year.

You can learn more about the activities of the Animal Liberation Fund or about the many Charitable Projects of FPMT.