Lama Zopa Rinpoche’s commitment to benefiting animals is legendary. No creature is too small or insignificant — Rinpoche shows incredible compassion to all living beings. Please enjoy these videos of Rinpoche liberating and blessing animals, as well as explaining ways to do so.

Lama Zopa Rinpoche with Ants for a Free Tibet

Or simply send your check in US dollars payable to FPMT Inc. and write “Animal Liberation Fund” on the memo line.

The Animal Liberation Fund is a project of FPMT Inc. and is administered by FPMT International Office located in Portland, Oregon, United States. All donations made to this fund are tax-deductible within the United States in accordance with IRS Code article 501(c)(3) to the extent allowed by law.

FPMT’s Mandala magazine highlighted the Animal Liberation Fund as a featured project in the January-April 2012 print magazine. The article gives an overview of the project, recent news, resources for liberating animals, and a short article from Enlightenment for the Dear Animals about their recent liberation of yaks in Tibet.

September 2012: We are happy to report that the US$120,000 needed for a new laser surgery machine for the Amdo Eye Hospital has been raised! Many thanks to all who contributed to this incredibly beneficial project.

Please rejoice in the pujas and practices sponsored by the Puja Fund. You can also remember to rejoice and dedicate on the actual day that the pujas are happening.  As Lama Zopa Rinpoche says: “This is the best business, the best way to create most extensive merit.”

You may view an extensive list of the pujas and practices sponsored by the FPMT Puja Fund here. 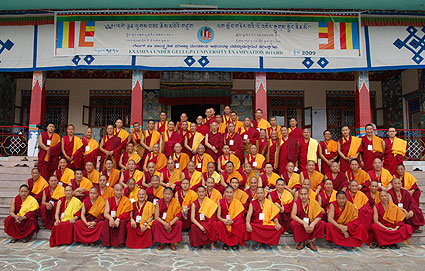 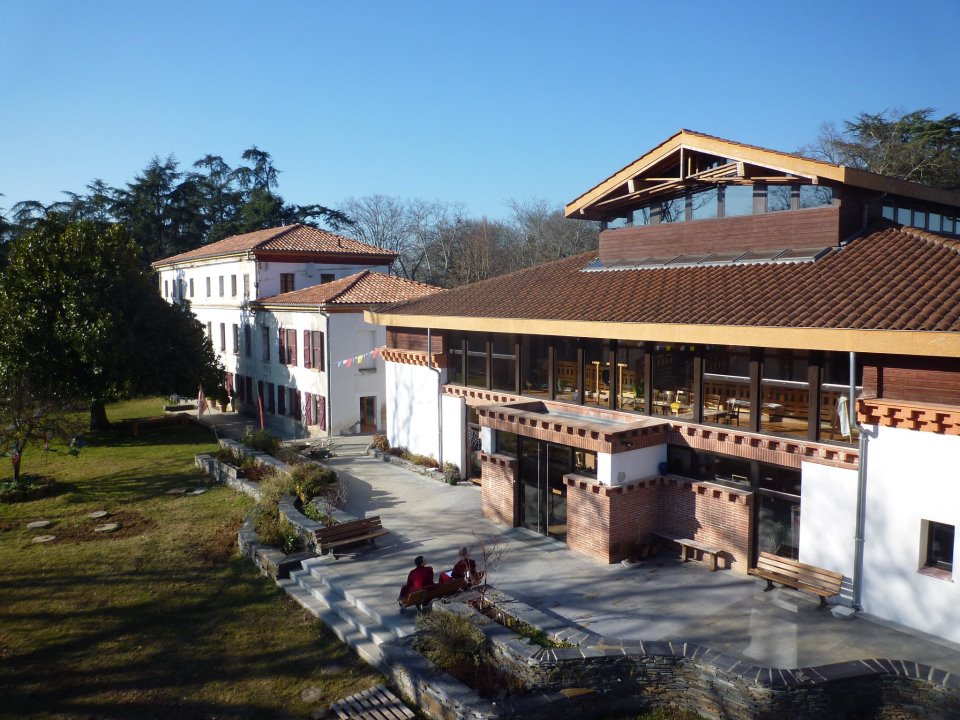 Nalanda MonasteryLama Zopa Rinpoche has expressed the importance of continually developing Nalanda Monastery’s facilities and programs in order to create a major seat of monastic learning in the West and accommodation for an extra 100 monks. To achieve this, a 15-year master plan has been drawn up to skillfully develop Nalanda’s land and cater for its foreseen growth. Phase One of the plan runs through 2012 and includes the construction of new accommodations for 25 monks and two teachers and the development of new infrastructure, a new heating system, and extensive landscaping. The Lama Zopa Rinpoche Bodhichitta Fund, due to the incredible kindness of a benefactor, was able to generously donate *US$1,000,000 in 2010 toward these efforts.

You can read a recent article in Mandala magazine (October-December 2012) about Nalanda’s 15-Year Master Plan.

*These funds are disbursed in an ongoing manner, according to the needs of the project.

March 2012: Lama Zopa Rinpoche offered 26 Maitreya Buddha statues to FPMT centers, projects and services that wished to have one. Read more and view a photo gallery created by Mandala magazine!

August 2012: The most immediate need of the Amdo Eye Hospital is to purchase a laser surgery machine (Phacoemulsification machine). The cost for one of these machines is US$120,000. FPMT is currently fundraising in order to be able to sponsor one, which will greatly help the hospital’s efficiency and will directly benefit those needing the surgeries.

The phacoemulsification machine breaks the cataract into tiny pieces and then suctions those pieces from the eye through a very small incision. Prior to the development of the phaco machine, the cataract was normally removed in one piece, requiring a larger incision, sutures, and more trauma to the eye. By having the phacoemulsification machine the whole procedure is much faster, less than 15 minutes per eye, and it allows the patient to walk out of the surgical suite and resume normal activities within a few days.

Or simply send your check in US dollars payable to FPMT Inc. and write “Amdo Eye Hospital” on the memo line.

The Amdo Eye Hospital is a project of FPMT Inc. and is administered by FPMT International Office located in Portland, Oregon, United States. All donations made to this fund are tax-deductible within the United States in accordance with IRS Code article 501(c)(3) to the extent allowed by law.

August 2011: Ven. Pemba Sherpa (FPMT board member, resident teacher and co-director of Cham Tse Ling, in Hong Kong) visited the Amdo Eye Hospital to report on its progress and operations.

Read the report with photos.

Currently there are 24 people working in the hospital, including four doctors and four nurses who visit from the local government hospital a few times a week to perform the actual surgeries. The hospital is three and half stories high and has 36 beds to accommodate patients.

The full price for cataract surgery is about US$750 (4800 CNY), however for patients who cannot afford this, the surgery is offered for free or whatever amount they can manage. At this stage it is not possible to run the hospital totally free of charge, but the plan is to be able to offer more free or low cost surgeries, as the hospital expands.

Please watch a video of the inauguration of the Amdo Eye Hospital.

Padmasambhava Project for Peace Accomplishments as of July 2012 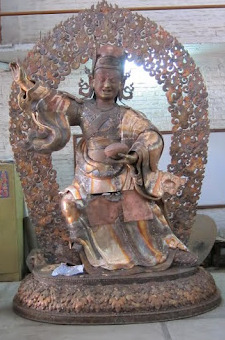 Padmasambhava statue for Lawudo nearly finished.US$14,000 offered to build one 11-foot (3-meter) and two life-sized statues of Padmasambhava in Lawudo, Nepal. Lawudo is the site of particular significance for FPMT as the meditation cave of Lama Zopa Rinpoche’s previous incarnation, Lawudo Lama Kunsang Yeshe, is located there.

US$60,000 donated to build large Padmasambhava statue for a monastery in Asia.

Over US$1.6 million offered to build and house 21 statues including:

US$3,000 donated to build a Padmasambhava statue at Milarepa Center in Vermont, USA between 2 and 3 feet (about 1 meter)– Thanks to a 2009 International Merit Box grant!

US$100,000 offered to build a very large Wish-fulfilling Padmasambhava statue at a Sakya Monastery

Initial planning to build a 120-foot (36.5-meter) Padmasambhava statue in Khakhorin, Mongolia. This project is being undertaken by FPMT Mongolia.