MENUMENU
Mandala Archive Mandala for 2012 April Report from Bodhgaya: On the Ground at Kalachackra 2012 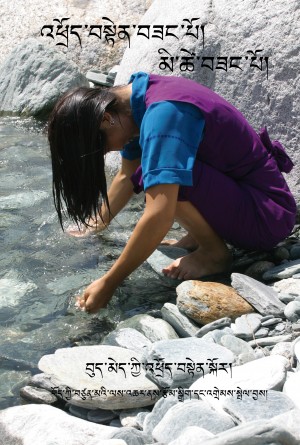 A year-long effort to assist with health education for Buddhist nuns has culminated with distribution at the Kalachakra initiation in Bodhgaya of approximately 3,000 women’s health books in Tibetan to nuns throughout Asia, with distribution of another 1,000 copies planned in other areas. The efforts started with Malaysian and American FPMT students visiting Kopan Nunnery in November 2010, hoping to assist with health care and health education for its growing population of close to 400 nuns. We became aware of the book Healthy Body, Healthy Mind, originally published by the Tibetan Nuns Project in Dharamsala, which is a 200-page Tibetan translation of the book Our Bodies, Our Selves, a long-time bestseller on women’s health and self care in the Western world. The Tibetan translation was carefully adapted to be appropriate for Buddhist nuns and contains a foreword by His Holiness the Dalai Lama which emphasizes the importance of health as a shared responsibility and the contribution of Tibetan women to the well-being of Tibetan society as a whole. The book was praised by the Dalai Lama as a “valuable addition to the growing body of modern Tibetan literature that strives to preserve the Tibetan language and extend its use in all fields of knowledge.” Information on women’s health has previously been largely unavailable in the Tibetan language. 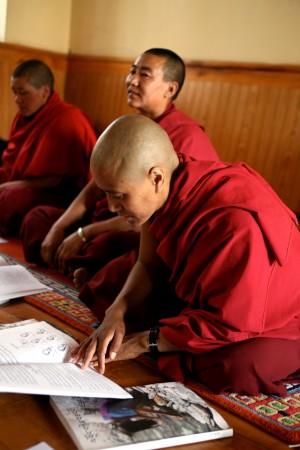 Since another printing was needed to supply the almost 500 Kopan and Tsum nuns, in addition to other nuns requesting the books, a cooperative effort was set in motion to gather resources to print sufficient books to supply as many of the nuns in India and Nepal as possible. The original printing of the book in 2006 was funded by a grant from the Global Fund for Women. The current printing of 3,500 copies and purchase of another 700 copies already in print was made possible by generous donation from sponsors in Singapore.

Many dedicated Buddhist practitioners from various lineages around the world have volunteered their time and effort to organize and coordinate this project. The book was reprinted in Delhi under the generous supervision of the Tibetan Nuns Project, and the books were trucked overland to Bodhgaya just in time for distribution at the Kalachakra, where most of the nunneries throughout Asia were represented. Many of the nunneries came with buses or other transportation, which allowed them to carry books back for nuns not in attendance. MAITRI Charitable Trust in Bodhgaya very graciously at the last minute provided a hub for storage and distribution of the books. We are profoundly grateful to the dedicated network of nun supporters who participated in making this remarkable Tibetan women’s health book available to so many nuns. Ven. Lekshe Tsomo of Jamyang Foundation was instrumental in supporting and coordinating the effort. Marlies Bosch, the initiator of the first edition, will be helping distribute the books to remote border area nunneries in Ladakh this summer and will also be teaching women’s health at the nunneries in Ladakh and Zangskar. 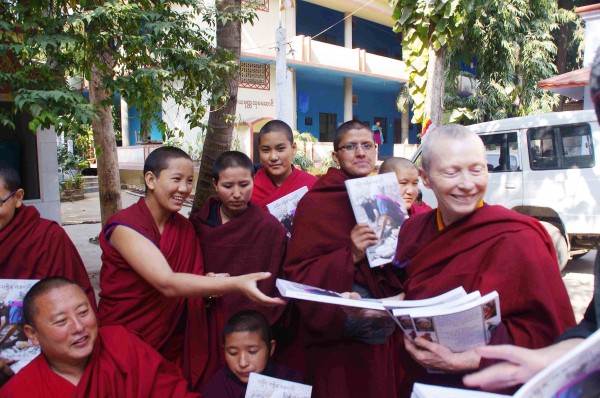 Kopan Nunnery was able to transport enough books back to Kathmandu for many of the smaller local nunneries. Future plans include designing a training course in women’s health to be taught by the nurse nuns of Kopan Nunnery to be shared with health leaders of other local nunneries. Other future plans, if funds become available, include possible reprinting and distribution of the English version of the book to aid in language study for the nuns. Our hope is that some of the books may also reach Tibetan women and nuns inside Tibet, and future efforts may also include printing a version of the book suitable for such a distribution.

Dr. Mary Wellhoner is a student of Lama Yeshe and Lama Zopa Rinpoche. She is a practicing gynecologist in Reno, Nevada, where she lives with her husband, George Mars, and two children, Zia and Kai. She recently completed her Masters of Public Health online through Johns Hopkins, focusing on global health.

Your whole life is controlled by karma, you live within the energy field of karma. Your energy interacts with another energy, then another, and another. That’s how your entire life unfolds. Physically, mentally, it’s all karma.