Who is making this decision anyway?

My friend was reading, while I went into another room to meditate during the break. For several months, we’d been discussing a project about which both of us were enthusiastic. In the past week, we had been having a series of meetings and knew that sometime soon we’d have to either commit to working together or call it off. For both of us, this was a major decision that would significantly affect ourselves and others.

When making decisions, I usually use three criteria. First, I ask myself: will this choice enable me to uphold ethical discipline, or will it, in obvious or subtle ways, encourage me to compromise my values? Second, I reflect — to what extent will this choice benefit others? Will it increase or decrease my love, compassion, and bodhicitta? Third, I investigate: will this choice enhance or restrict my meditation practice and development of wisdom? 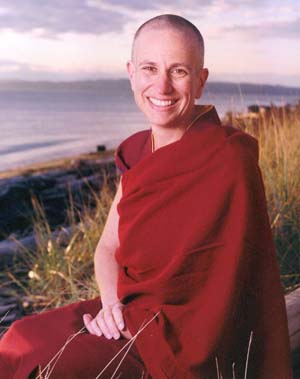 My potential involvement in the project at hand passed these three criteria with flying colors. It would definitely enhance my ethical conduct, increase my love and compassion, benefitmany other beings, make the Buddhadharma accessible to others, and enrich my own practice. Yet, something in me hesitated. There was a block I couldn’t decipher.

Sitting quietly on my cushion, I let my resistance surface. The new project involved going out on a limb to actualize a goal and a dream I’d had for many years. But with it were risks: this decision would involve relocating to another place, and some people would be unhappy with me for moving. They would blame me for deserting them and letting them down because my attention would be focused on the new project instead of on their needs. In addition, I was concerned: what if the new project didn’t work out and I had to backpedal? Would I then criticize myself for making an unwise decision (even though I’d thought about it well beforehand)? Would others criticize me? What if the project worked out, but I was unhappy when my ego’s buttons got pushed in the process?

Continuing to sit, I reflected on emptiness. I was definitely grasping onto a solid self, a real “I” that could be blamed for letting others down. But who was this independent “I” that would be the target of others’ criticism? Who was the “I” that didn’t want to be blamed for anything, even when what I was doing benefited myself and others? To search for this inherently existent “I,” questions were posed — is the body “me?” Is the mind “me?” Is there an “I” separate from the body and mind? In the end, neither an “I” that could be blamed nor an “I” that didn’t want to be blamed could be found. My mind began to open.

Ven. Thubten Chodron is an American-born Tibetan Buddhist nun who is presently resident teacher at Dharma Friendship Foundation in Seattle. She is the author of Open Heart, Clear Mind, Working with Anger and, most recently, Buddhism for Beginners (Snow Lion 2001).