The following was written as an anonymous contribution to an article on Lama Lhundrup that was published in Mandala July-September 2010.

Four of us came from Lawudo in 1990 after Lama Zopa Rinpoche kindly accepted to admit us to Kopan.

When we first came to Kopan, Lama Lhundrup was standing at the step below the bodhi tree. He looked almost the same as a monk from Thame Monastery near Lawudo and we thought he was that monk. Moreover, he spoke to us in Sherpa dialect (he is good at mimicking some dialects).

At that time there were only about 80 monks at Kopan and in our particular batch we were only six. So every day Lama Lhundrup would call us to teach Tibetan alphabet and together he used to give a lot of advice on how to eat, how to talk with other monks, etc. Most of the time he taught in the morning until the cook served his lunch. Sometimes he would put a momo in each of our mouths with his own hand from his own lunch.

I remember during one of our first lessons he told us that his name was Gen Lhundrup, and then he taught that we should add ‘gen’ before the name of every senior monk. The next day he asked my friend, “What is my name?” My friend replied, “Gen Gen Lhundup.” We all laughed and Lama Lhundrup said, “No, no, only one ‘gen’!” Then he also burst into laughter. 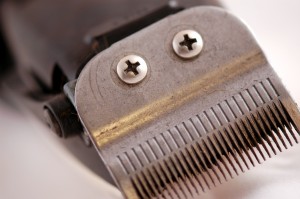 When I was a little older, I got the great opportunity to serve Lama Lhundrup as an attendant for a few years. At our monastery, we have to shave our hair at the end of every month. Usually, I shaved his hair with an electric shaver which is easier and shaves as clean as a blade does. Many of the monks also used to shave with an electric shaver. But seeing that some monks didn’t shave properly with them, the gegö (disciplinarian) told the monks to shave with blades. One day when I was preparing to shave Lama Lhundrup’s hair, he asked me to shave with a blade. I didn’t want to use it as it would be painful and I told him that the electric shaver shaves as clean as a blade, but he said, “Since Gegö-la asked the monks to shave with blades, I can’t use the electric shaver.” I was surprised and a little sad to hear that and asked him if it’s OK if I call someone who is experienced in shaving with a blade. He told me, “When we were in Tibet we used a knife to shave which caused a lot of pain and now we have such good blades and still think it’s painful. No need to call another monk. Just shave, it’s easy.” Though I was feeling very uncomfortable as I had no experience in shaving with a blade, I had no choice but to use it.

I had a very painful feeling when I made a small cut while shaving him. And in my mind I was wondering why he was being so stubborn. I had the same feeling when Lama Lhundrup suddenly felt ill and had to be rushed to the hospital. Luckily, it wasn’t serious. But I think the doctor told him that he was weak and advised him to take dinner or at least some soup. I was told by the monk in charge of our clinic to offer soup since Lama Lhundrup doesn’t take solid food for dinner. When I served the soup, he asked me to sieve the soup and bring only the pure liquid. I tried my best to add some small pieces of vegetable but he always took them out. In retrospect, I think he was just a very serious practitioner who protects even the slightest vows and monastic rules, thus guiding us not just with words, but with deeds.