Why We Love War 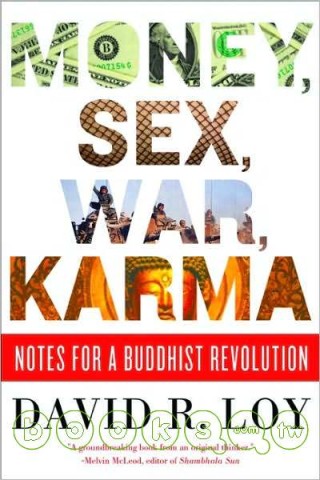 … The official excuse for every war is always the same: self-defense. It’s okay to kill other people and destroy their society because that’s what they want to do to us. As Hermann Goering said, “The people can always be brought to the bidding of the leaders … Just tell them they are being attacked, and denounce the peacemakers for lack of patriotism and exposing the country to danger.” They haven’t attacked us yet? Then we need a “preventive war.” That suggests the problem with all “just war” theories. Once there’s such a thing as a just war, every war becomes marketed as a just war.

But that’s not why we like war. That’s just how the propaganda works, how leaders get us to line up behind them. What makes us so gullible? Why are we so willing to sacrifice ourselves, even our children? Why doesn’t exposing the lies of the last war inoculate us against the deceptions that will be used to promote the next one?

From a Buddhist perspective, the various conflicts in the Middle East look like a family quarrel. That’s because the three Abrahamic faiths – Judaism, Christianity, and Islam – share much the same understanding of the world. It’s a feud among brothers who have fallen out, which is, of course, sometimes the most vicious sort. Having been raised by the same father, they have a similar worldview: this world is a battleground where the good must fight against those who are evil. The most important issue is where each of us stands in this cosmic struggle. Our salvation depends upon it. It’s necessary to choose sides.

It is not surprising, then, that the al-Qaeda understanding of good and evil – the need for a holy war against evil –is also shared by the administration of George W. Bush. Bin Laden would no doubt agree with what Bush has emphasized: ”If you’re not with us, you’re against us.” Since there is no room in this grand cosmic struggle for neutrality, neither of them is much concerned about the fate of innocent bystanders. Bystanders are not innocent. Once something has been labeled as evil, the focus must be on fighting it. The most important thing is to do whatever is necessary to destroy it. This implies a preoccupation with power and victory at any cost. Whether one supports small-group terrorism or state terrorism, the issue is the same. Which will be more powerful, the forces of good or the forces of evil?

Buddhism offers a different perspective. In place of this battleground of wills where good contends against evil, the most important struggle is a spiritual one between ignorance and delusion, on the one side, and liberating wisdom on the other. And seeing the world primarily as a war between good and evil is one of our more dangerous delusions. …