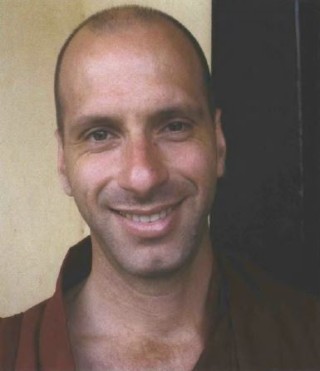 So you think your life is too hectic and it would be nice to live in a monastery? Read on, as Ven. Tenzin Legtsok tells it like it is …

“Woke up, got out of bed, dragged a comb across my head.”1

Stop. Cut. There’s no combing of hair in this scene.

A typical day’s schedule at Sera Je Monastery involves hundreds of tasks but no combing hair. There are countless other deeds we don’t do here also, in the name of abandoning non-virtue, but these are not the topics under discussion at present. Rather, I’ll attempt to give you some idea of the main activities that occupy the monks.

Our activities can be roughly divided into those related directly to study and those related to prayer. Prominent in the first group are debate, class (in which a teacher explains a text), memorization, and independent reading/contemplation of texts in one’s room. Prayer activities can be divided into that of doing pujas (or reciting and meditating on the meaning of prayers in assembly), and one’s personal prayer/meditation practices. Within each of these categories there are many various endeavors. For instance, in some debate sessions we debate in pairs of two, in others we sit in groups of twenty or so, at other times the monks of one regional group (kangtsen in Tibetan) debate against those of another, and sometimes all the monks of the monastery sit together while a few geshe candidates are examined through debate. All these multifarious religious activities are combined in various ways each day to create a daily routine that is consistent in its skeletal structure, but continually shifting in pace, mood, and character. Thus, while each day is crammed with a whole host of meritorious doings, the days do not become monotonous or oppressively repetitive. We have attained liberation from the nine-to-five grind. …

1. From ‘A Day in the Life’ by John Lennon and Paul McCartney.

Each one of us is responsible for all other living beings’ happiness besides our own. As a result, your loving kindness is the most wish fulfilling thing in life, more precious than anything else in the world. That makes for a most satisfying, fulfilling life.