Professor Robert Thurman and Rabbi Ezra Finkelstein explore the value of those quiet moments of reflection in life and leadership, and whether there can be ‘spirit in business.’ 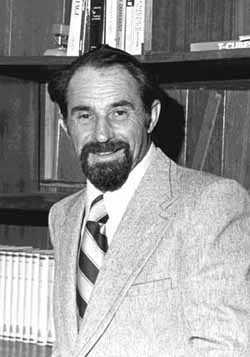 RABBI FINKELSTEIN: “As I understand it, to meditate is to divorce one’s mind and spirit from the concrete realities that are about one. To me, this is related to an activity, which I practice with regularity: it is what I call prayer. For most people, prayer is identified with petition, asking the divinity, God, to respond to one’s needs. As a colleague of mine once said, ‘The answer can sometimes be NO.’

“The practice I engage in is called tefilah, a Hebrew word for prayer. It comes from a root that means many things, one of which is meditation; another is to judge oneself or to turn to God as judge. I think that’s what I do: I analyze myself in the process of prayer against the standards of my belief. There is a distinction between my tradition and that of Robert Thurman in that his tradition does not understand a divine creator, and mine is based on the premise that we are created in the image of God.

“Therefore I should be what God wants me to be, and the question becomes, ‘How do I know what God wants?’ One way is to look to the authority of the tradition and its teachers and be guided by them. There is a passage in the fifth book of the bible, Deuteronomy, which says, ‘Ask your father and he will inform you, your elders and they will tell you.’ It is paralleled by passages in the Book of Job, which is one of the deepest books of the Bible. The basic texts of my tradition contain any number of commandments. The tradition itself lists 613: 248 positive and 365 negative. There are more things not to do than to do! To try and understand all of them would take longer than we have to live, let alone the time we have to speak at this session … 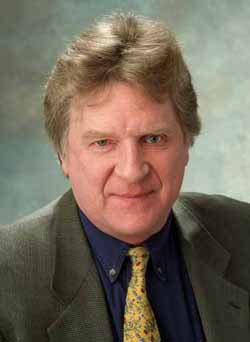 ROBERT THURMAN addressed the question, ‘How does inner work relate to action, especially in business,’ by telling how, when Buddha had just attained enlightenment under the Bodhi Tree in the forest near Bodhgaya, he announced, in an ecstatic state, that he was not going to teach anyone because it would be hard for them to understand and better to just take a break in the forest and enjoy the nectar of his new insight.

“That statement had a kind of coyness on the Buddha’s part because, in India at that time, there was a dominating God, Brahma, who was believed by many to be the creator. Buddha had met that God already and had a conversation with him. He appeared in a golden cloud in a chariot in regal imagery. In that conversation, God disclaimed sole responsibility for the creation of the world and said that everyone was mutually responsible, people too, and that there were deities and angels of various ranks in an elaborate spiritual hierarchy they still have in India. God told Buddha, ‘When you understand the nature of things – and being God I have a good idea that you are going to – I want you to teach people. In particular, I am sick and tired of them blaming me for everything that goes wrong.’

“But Buddha knew that if he went out proclaiming and teaching it would be considered presumptuous, so he waited for Brahma to come and encourage him again. Brahma brought him the Wheel of Dharma to use in the teachings.

“A caravan loaded with silks got stuck in the mud nearby and while the merchants were waiting to be released they saw a glow in the forest. It was Buddha, glowing because he was in such a good mood. The merchants said, ‘Oh, he could probably do with lunch.’ They offered their finest this and that, and it is said that different deities brought precious gold and silver bowls which all fused into one, a simple stone monk’s bowl. Buddha accepted the lunch, but he did not tell those businessmen anything about the Four Noble Truths or suggest that they withdraw from their lives. He said that as long as they fed people who were seeking a higher spiritual life, they would prosper and their businesses would do well. He blessed them for dishing out the key to the whole Buddhist movement for thousands of years. Then he gave them a mantra and he said, ‘If you want to stay away from mud holes in the future, say this mantra and you won’t get stuck,’ so they went off very happily.

“Buddha was born into the warrior class: classes were quite well divided in ancient India, perhaps not as much as later Brahmin historians like to maintain, but the warrior or military class was the royal one, which ruled the country. Buddha renounced his role in that class to seek the purpose of life. He became a spiritual teacher and organized a huge monastic movement, invented monasticism I believe we can say, and never went back to the military class.

“The class that most supported the monastic order, and was interwoven with it, was the merchant class, not the military class. I believe that the Buddhist tradition has a history of shifting the locus of power in ancient civilization from military to merchant, a process which is not yet complete if we take a brief look at the federal budget and the current rulers of our country, who use the military to try to co-opt the business class, so this struggle still goes on …” 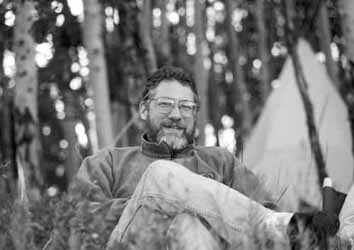 JONATHAN ROSE explained how he brings value into his own real estate business.

“We work with communities round the country to repair the fabric of those communities. There’s a Jewish phrase, Tikkun olam, which means just that, to repair the fabric of the world, and we do this by building everything from housing for the homeless and for people with AIDS, to libraries and community centers. We do this with four core values, which underlie all our projects: