‘I Have Never Known a More Generous Person in My Life’ 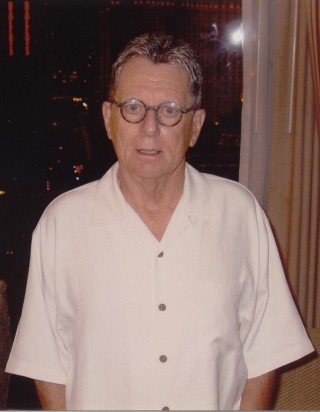 Will grew up in El Segundo, California, with one older sister. He was in the U.S. Army for two years after graduating from high school, eventually earned a Bachelor’s degree and then did graduate work at California State University, Long Beach in journalism. He had two sons from a previous marriage, who he loved dearly.

He began work with the Los Angeles County Probation Department in 1965 and retired after 39 years of service in 2004, working primarily with the most difficult felons, sex offenders and other problem cases. Will loved the challenge of people’s complexities, loving to listen, always giving and being available for others. He had an amazing sense of humor and although difficult, he could have the most challenging defendants laughing when he interviewed them. He could also bring out their kindness and humor.

Looking at his values, one could say he was a Buddhist all his life. Others always came first. He had a natural curiosity about others and was genuinely interested and listened so well. People felt heard, understood and cared for in his presence, so often they would do the talking only later to discover that Will hadn’t talked much about himself. Sometimes people would say they didn’t really know him. This was true unless people asked or he could feel their genuine interest. Authenticity was very important to him. He never shied away from feelings and was very much in touch with his own, providing a safe environment for others to explore theirs.

Will read Buddhist authors and literature for many years before formally coming to the Dharma. When we both retired in 2004, we felt a need for a more formal spiritual practice and found Thubten Dhargye Ling in Long Beach. This is where we found our precious guru, Geshe Tsultim Gyeltsen.

Although both of us loved Sunday teachings and reading our Dharma books, we felt we needed much more. It was then we discovered Land of Medicine Buddha and had our first experience with an FPMT retreat. We were hooked and attended many, many retreats over the next 10 years, including going to Kopan Monastery almost every year and doing two three-month Vajrasattva retreats, one at Kopan and one at Mahamudra Centre in New Zealand. In addition, we attended retreats for years with Ven. Tenzin Priyadarshi and most recently with His Eminence Garchen Rinpoche. We also committed to the four-year retreat at Vajrapani Institute with Rob Preece, a tradition I will now continue without him. 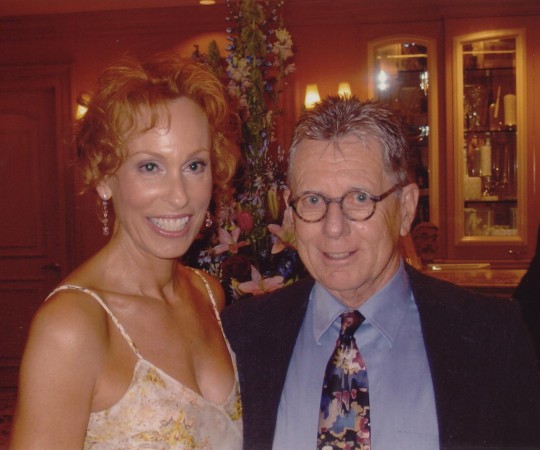 Sandi and Will Manson

Will and I met in 1977. We had cubicles next to each other in the probation department and became the best of friends. Will was a runner and said if I wanted to run with him during his noon runs, I would have to be able to run five miles non-stop. Within a relatively short period of time, we became running buddies, along with several other friends. Will and I ran the very first Los Angeles Marathon together, although he was much faster. He also ran the Catalina Marathon, probably one of the most difficult. We also did many other shorter races frequently and then took to going on hikes and long walks together as we got a little older. In 1989 we were married, one of the happiest moments of my life – to be married to my best friend.

Will and I did absolutely everything together. We did our daily practice together, meditated together, attended every retreat together, and just loved being in each other’s company. He would find interesting things to share all the time, but mostly we talked about the Dharma and how to apply it moment by moment in our lives. We did confession with each other at least two times a day, doing daily prostrations to the 35 Buddhas without missing a day from 2006 until he injured his back in late 2013 after a ladder slid out from under him while he was hanging a thangka. We did Vajrasattva every evening together, along with our other commitments.

After a compassion retreat with Ven. Tenzin Chogkyi at Vajrapani Institute, she suggested that it would be good for people to have a confession partner to regularly confess non-virtues and explore together ways to prevent their reoccurrence. Another student at the retreat said he was very interested in doing this and so from 2009 until Will’s death, every week, other than when we were in retreat, we would call each other, talking for at least an hour to confess our downfalls or other non-virtuous behavior and then check up on each other the following week to see how we did with our resolves. I continue to make those calls weekly, although Will and his humor are greatly missed. He had a way of making situations comfortable for others.

In 2005 after attending a retreat with Ven. Robina Courtin, we asked how we could be of help. She suggested that we write to prisoners, which we eagerly took on. Will had a particularly close relationship with a young woman named Mary Smith and upon her release from prison, she went into transitional housing about an hour from where we lived. Every Sunday for a whole year, we would pick Mary up at her facility, drive her to Thubten Dharyge Ling for meditation and teachings, and then drive her back after sharing lunch together. When Mary was ready to be released, we suggested that she might want to work for Liberation Prison Project (LPP), knowing how important this organization was to her. LPP had an opening and she went to work for them. She eventually realized her dream of becoming a nun and was ordained by His Holiness the Dalai Lama and is now known as Ven. Tenzin Pelza.

Will touched the hearts of everyone he came in contact with and most just adored him – his easy way of being, his quirky sense of humor, his kindness and genuine ability to care for others. I have never known a more generous person in my life. He always gave far more than was asked of him or expected. On many occasions, when someone would admire his shoes or jackets, he would just take them off and give them away. He would always go to the back of the line to make sure others were served first. These are just small examples of his thoughtfulness and generosity. His passing is a loss deeply felt by many, many people.

He was rarely sick a day in his life and never spent even a single day in the hospital. The stroke was sudden, as was his death. He would not have wanted it any other way. He died with several geshes at his bedside, his step-daughter, dear friend Annie, and myself. It was a very graceful passing. We were most fortunate to be in a Kaiser facility who allowed me to remain with him over four hours after he was pronounced dead, so that I could do ear-whisper mantras for four hours. I was able to place the sand from a sand mandala blessed by 1,000 monks on the crown of his head at the moment of death and drops of nectar from special blessed pills under his tongue when he took his last breath. I was allowed to turn him on his right side, with his hand under his check, a khata the monks had blessed on the top of his head, a blessing string with prayers from His Holiness around his neck and pictures of His Holiness, his guru, and buddhas by his side. The monks came to the hospital on three occasions to do numerous prayers and sadhanas. Most importantly, they were there shortly after he was pronounced dead. I was allowed to move him to the basement, where all the nurses and attendants remained in total silence the entire time and he was left undisturbed for three days until I called for his body to be removed for cremation.

Both the Neptune Society and Kaiser expedited obtaining the death certificate so that his ashes could be given to me in time to scatter them in the ocean with a small group of friends and my daughter before her return to Seattle, Washington. His wish was that his ashes be scattered in the ocean off the pier in Huntington Beach, where we have lived for the last 25 years – 25 of the most wonderful years of my life.

People all over the world began prayers as soon as they learned that Will was hospitalized and then did special pujas and prayers throughout the 49 days, with special ones on the 49th day. Dharma centers and students in England, Mexico, Canada, Australia, New Zealand, France, Holland, Denmark, and many places in the US placed pictures of Will on their altars, praying for him and dedicating their merit for him. Dharma friends came to our house every seven days to pray with me and do Lama Chöpa tsog as the geshes advised, along with putting out burnt offerings several times a day, small meals for Will and candles lit continuously until the final tsog at Gaden Shartse Thubten Dharge Ling on the 49th day. So many students attended the tsog, some traveling long distances, as well as non-Buddhist friends who had known Will for many years. My daughter came back from Seattle to attend as well.

There is so much to say about Will, but so little is necessary for those who knew him. It is a loss deeply felt by many, many people.

Ven. Tenzin Pelza (Mary Smith) talked about Will Manson patience and generosity in an interview in this issue’s online edition. Learn more online about the Liberation Prison Project and read archive stories from Mandala about LPP.