The Life of a Bodhisattva: The Great Kindness of Khunu Lama Rinpoche 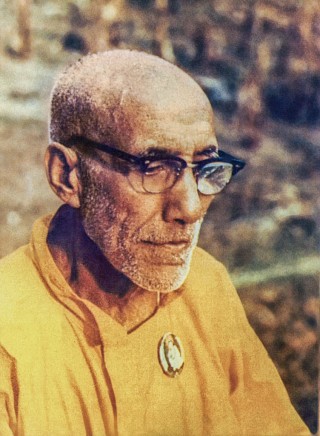 Beth Halford, an FPMT student who was staying at Root Institute in Bodhgaya, India, in March 2015, was fortunate to interview Ven. Thubten Tsewang, known as Baling Lama, a disciple of and attendant to the Indian Buddhist master Khunu Lama Tenzin Gyaltsen Rinpoche (1894-1977). Baling Lama is now 80 years old. He worked in radio broadcasting in Ladakh, India, before meeting Khunu Lama in 1954. After meeting Khunu Lama, Baling Lama ordained and became a devoted disciple for six years. He then became Khunu Lama’s attendant in 1960.

During the interview, Baling Lama shared many vignettes of Khunu Lama that offer insight into the life and practices of this unusual and important Buddhist master. “Listening to Baling Lama recount his time spent with Khunu Lama with smiles breaking across his face and eyes sparkling with affection was incredibly inspiring,” Beth told Mandala. “These highly realized lamas of the more modern times can be extremely motivating and powerful if we open our hearts to their stories and the meaning of their lives.”

Here is the story of Khunu Lama as told by Baling Lama.

… Once Khunu Lama felt he had enough of a general education to effectively learn Dharma, he traveled to Tibet, spending many years going between Tashi Lhunpo in Shigatse and the Kham region, and also spending some time in Lhasa. In Tibet, he received teachings and initiations from many great teachers of the time, becoming a highly respected student and teacher, perfecting his Tibetan language skills and becoming a scholar of Dharma texts.

“Khunu Lama met and received teachings from many highly realized and respected lamas, but he never mentioned that he had taken any as his root guru nor did he talk about his gurus in general,” Baling Lama said. He did, however, encourage others to choose a root guru carefully, in order to ensure the teacher was someone who had cultivated true bodhichitta in his heart. Khunu Lama would make it clear that the teacher didn’t have to be a well-known lama, but it was the feeling in a teacher’s heart that mattered. Khunu Lama’s example of not talking about his gurus is a strong teaching on the importance of not sharing certain aspects of practice and experiences with Dharma. “This avoids making something that should be very special into a worldly thing,” Baling Lama explained.

Despite Khunu Lama’s outward appearance of a lay beggar and his immense humbleness, many high lamas and realized practitioners in Tibet could see beyond this and would invite him to teach, recognizing his inner qualities and wishing to learn from them. He adopted this appearance to show how someone who looked like a layperson could renounce worldly things, practice Dharma with determination and attain realizations. He aimed to inspire lay people, particularly Himalayans, to live like this, to realize their potential to practice the path to enlightenment in the most effective and beneficial way. “At that time,” Baling Lama said, “many people in Himalayan and Tibetan society thought that monks were the only ones who could practice Dharma. As a consequence, the lay people would keep their practice simple, superficially reading texts and performing rituals.” …

If you want to be loved, love others first.