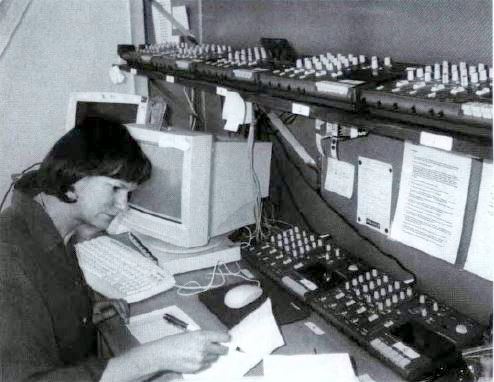 Led by former monk Greg Sneddon, a two-year project will preserve the complete collection of recorded teachings of Lama Yeshe and Lama Zopa Rinpoche – some 7000 audiotapes and 10,000 hours of material. Converted to a digital medium from their original recordings on the magnetic tape of cassettes and reels (an easily degradable medium which is not useful for long-term archiving), the teachings will be available on CD-ROM, and possibly on the Internet in the future.

According to Nick Ribush, director of the Lama Yeshe Wisdom Archive, impetus for the project began when Lama Zopa Rinpoche’s teaching on the Heart Sutra in March 2000 at Tara Institute in Melbourne, was digitally videoed.

“Greg started working on making that teaching available on a set of CDs, work which is still in progress,” Nick said. “He has more than twenty years’ experience in filmmaking, audio and video, and when I was in Melbourne in January 2001, I asked his advice on preserving the Archive. We decided that we had to get the teachings off magnetic tape and onto a digital format. A loan of $US60,000 from FPMT Inc has enabled the work to start. Of course, donors are still needed, but by using volunteers costs could be kept down.”

Greg Sneddon says that it’s a matter of principle with him not to charge for Dharma work.

“Many times I’ve had to explain to students why it is necessary to pay to hear Lama Zopa and others when they are in town, because it costs money to run a center and bring teachers here. Having done that again and again, I decided I won’t work on any Dharma project where pay is involved,” he said. …

Living in morality is one fundamental spiritual practice that is a very important source of happiness for you and for all living beings. This is also one of the best contributions that you can give to this world, for world peace.