Growing Up within the FPMT Mandala

The early students of Lama Yeshe and Lama Zopa Rinpoche not only helped establish the international FPMT mandala, but many also started families and raised their children with Dharma. Three now-adult children of long-time students shared with Mandala their thoughts about taking a turn and getting involved with FPMT centers. Arya and Jhana Cayton are children of Karuna and Pam Cayton, who lived at and helped manage Kopan Monastery between the years 1978-1988. They also founded, in 1982, the Himalayan Yogic Institute, now the Himalayan Buddhist Meditation Centre (HBMC) in Kathmandu, Nepal. Felicity Noël Keeley is the daughter of Jacie Keeley, who served as Lama Yeshe’s secretary and director of the Central Office (which became FPMT International Office). While it wasn’t always easy for them while growing up, these second-generation FPMT students all say they have come to see how being part of the FPMT community has shaped them for the better. 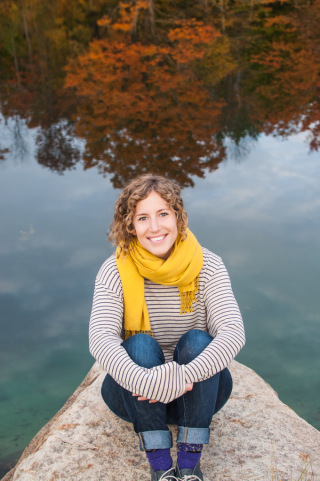 When I was a kid, I used to get embarrassed by all of the Buddhist things in our house, like the thangkas that filled our living room walls instead of landscape and still life paintings, or the water bowls that friends assumed were for fish. I always had faith in the Dharma, but I didn’t really begin to explore it, from my own side, until the end of high school. I never realized how fortunate I was to have grown up with Buddhism ­until I went back to Nepal in 2009 for the first time since I was a baby and did the November course at Kopan Monastery.

While at Kopan, I began thinking a lot about how much Lama Yeshe and Lama Zopa Rinpoche have influenced my life. It was because of both of them that my parents went to Kopan, met each other, got married, and had children. It was because of the influence of the Lamas that my brothers and I were brought up with some understanding of the Dharma, most importantly, the causes of happiness and suffering and the value in benefiting others. I felt so incredibly fortunate for this and as I began to get a little glimpse into the inconceivable extent of the effects these Lamas have had, not just on my life, but on the lives of so many people, on the world, I was filled with this desire to begin to repay the kindness of Lama Zopa Rinpoche in particular, and to help support the incredible work of FPMT. After returning to the United States from Nepal, I wasn’t embarrassed by the rituals and thangkas in my house, but rather amazed at how I landed myself in a family like this. 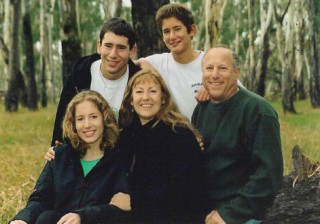 I ended up returning to Nepal at the end of 2011 to pursue an idea I had to start a business incorporating the beautiful hand-woven and natural textiles I had seen during my trip there in 2009. A few months later, Rinpoche came to Nepal and after learning that I was staying for some time, requested that I become spiritual program coordinator at Himalayan Buddhist Meditation Centre (HBMC). Although I didn’t think I would be best suited for the role, I was very happy to have an opportunity to try to follow a request from Rinpoche. I worked at HBMC for a year and a half and did my best to help revamp the center by organizing events and creating an environment to where people would want to come. I was amazed at the amount of interest from people from all over the world and I really loved getting to know so many different people and trying to help to create a comfortable bridge between the world of backpacking and adventure and the world of Dharma. It was quite challenging to really execute my ideas and hopes for the center, and I would have liked to have accomplished more, but I never doubted that I wasn’t doing the right thing by trying.

I feel very fortunate to have grown up with such incredible parents; I realize more every day how rare this is. I am really happy with the way they raised me, they never forced me to believe in anything because they do, but rather encouraged me to think for myself and debate with them and try to put some teachings into practice and see if they help. And they always did, so I guess that’s how my interest and conviction in Dharma grew. My life would certainly not be the same without these teachings and practice, and I have the Lamas and my parents to thank for that. Although I feel I haven’t done much yet, I really hope that I can continue to help to support FPMT and Rinpoche’s projects in the future in whatever way is most beneficial and make my life at least a little bit useful. I think it’s really inspiring and admirable what everyone is doing for FPMT; there really are a lot of reasons to rejoice.

Exploring Buddhism on My Own 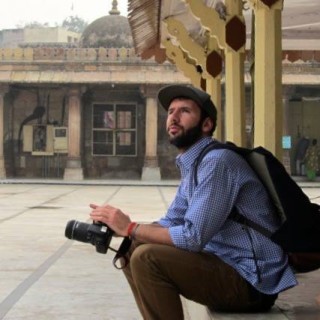 Growing up in the FPMT was a privilege that I hadn’t viewed as much of a privilege at all until I attended the November course at Kopan in 2009 [with my sister Arya]. Although we grew up with universal values based in the Dharma, I hadn’t had an opportunity to immerse myself in the study of lam-rim. We all know how distracting samsara is and I often say that my month at Kopan was the greatest vacation I’ve ever had. Having the opportunity to delve into the lam-rim in such a conducive environment was an invaluable experience. This immersion allowed me to step back from the constant flow of daily life and reflect on 24 years of experiences, the interdependent nature of these experiences and the undeniably fortunate life I was born into.

To be perfectly honest, growing up in an overtly Buddhist family was something I had always attempted to mask, explaining to friends that my parents were simply fascinated by Asian art and that our food offerings were “leftovers” from last night’s dinner. I think I even wanted to wear a crucifix necklace at one point just to fit in. Finally, after exploring Buddhism on my own, I discovered the timeless and incomparable value and application of the Dharma, and I gained the confidence and faith to embrace my position as an “inner being.” Having the opportunity to learn and reflect inspired me to make significant choices in an effort to regenerate the karmic seeds I had exhausted over the past 25 years.

After returning to the United States in 2010, I assisted in the revitalization and coordination of the Lama Yeshe House in Colorado. Among other activities, we started holding weekend retreats and weekday meditations and helped host the touring monks from the Gaden Shartse Cultural Foundation. We began building a solid foundation and community. After two years in the U.S., I felt a strong urge to return to Nepal and India. After leaving Lama Yeshe House in good hands, I decided to join my sister, Arya, in Kathmandu to start a social enterprise in Nepal. I’m still living in Kathmandu, and we recently launched EST WST Collective to support rural populations and women who are victims of sexual and domestic violence in Nepal and India. In Arya’s absence, I’ve also been coordinating activities and teaching meditation at Himalayan Buddhist Meditation Centre in Kathmandu.

I’m a huge advocate of the November course and have recommended it to a number of friends. I think it’s important for the FPMT to continue evolving and creating opportunities for younger generations to gain access to the Dharma. It’s amazing to witness the ever-growing popularity of Tibetan Buddhism, which also makes it important to preserve its essence. Most of all, I feel incredibly fortunate to have had an opportunity to serve Lama Zopa Rinpoche and to receive wisdom and guidance from such an incredibly wise and realized being.

Friends All Over the World 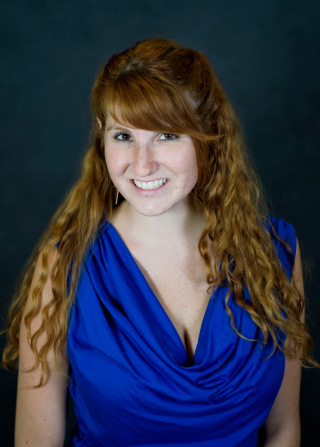 On April 11, 2014, I officially became the new director of Milarepa Center in Vermont. It is a joyful feeling knowing that I came out as a good choice for Milarepa Center in Lama Zopa Rinpoche’s mo [divination]. So, with great dedication and confidence, I moved from south Florida to a small town in Vermont to be a part of something really special: working for Rinpoche as an official part of the FPMT.

I am blessed to have been born into the FPMT family. I have friends all over the world, many whom I have not even met – yet – but, when we do meet, we will instantly feel close because of our connection to Lama Yeshe and Rinpoche.

Even though I was raised Buddhist by my mom, Jacie Keeley, who was once secretary to Lama Yeshe, I still had to make the choice for myself. It became clear to me while I was attending college in London that this was my path. I had the chance to study at Jamyang and to visit Maitreya Instituut in Amsterdam and Istituto Lama Tzong Khapa in Italy. Then, when I returned to America, my mom sponsored me to do the New Year’s Eve Vajrasattva retreat at Vajrapani Institute. During all of this, I felt the connection to the Dharma and to my FPMT friends and family all on my own. It was my very own personal experience. It was amazing. I knew for certain that my life’s goal was to benefit the greatest amount of beings possible. For me, the way to do this was by serving Lama Zopa Rinpoche and the FPMT.

I am so lucky to have support, encouragement and guidance from those who recognize the importance of being in the presence of the great lamas. The FPMT Sangha and friends of my parents are now not just my role models but they are also my friends. 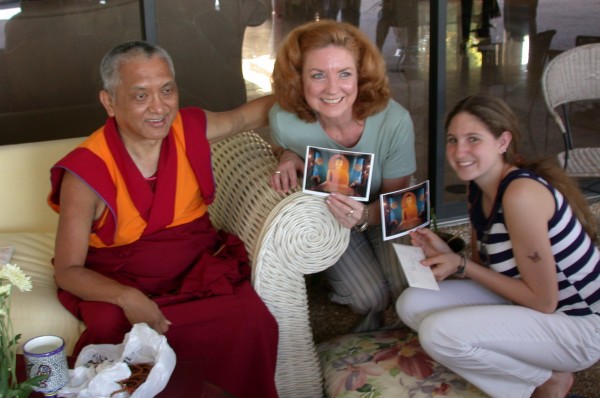 Lama Zopa Rinpoche with Jacie Keeley and her daughter Felicity

During my recent trip to Nepal and India, I participated in the 2013 November course at Kopan Monastery. There, I made connections with new young Dharma students and even some other second-generation FPMT students, children of my mother’s Dharma friends. It was incredible to think of our Lamas’ early students; to reflect on their hard work and dedication in bringing Buddhism to the West and to know that, because of them, I could be at “five-star Kopan,” as Rinpoche would say.

While circumambulating Boudhanath Stupa at the end of the retreat with my new group of Dharma friends, friends who will last beyond this lifetime, I knew that we are it, we are the new FPMT generation. It is up to us to work for Rinpoche, the FPMT and all of the great lamas and we must practice and preserve Buddhism in our own minds for the sake of all sentient beings.

In short, the FPMT has had a huge impact on me. It is my family and my home. It provides me with a superior way to fulfill my deeply ingrained wish to be of ultimate benefit to others. I am grateful.

You can see the work of Arya and Jhana’s social enterprise at the EST WST Collective.

There is no samsaric pleasure that is new, so let go of the clinging that creates samsara.