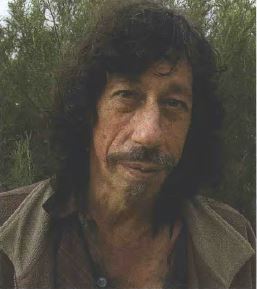 My brother had been experiencing discomfort for a few months prior to being diagnosed with cancer. He underwent surgery and initial results were positive, however a scan six months after the initial diagnosis showed further cancer. At this stage Brenton told me that death was a high probability.

… After the results of the second scan, and with the knowledge that death was likely, Brenton asked me to send him some books on the death process that might help him to prepare for death. His health declined quite quickly, but he remained determined to be as independent as possible and managed this with the help of his friends and especially his daughters Arwen and Katie. … 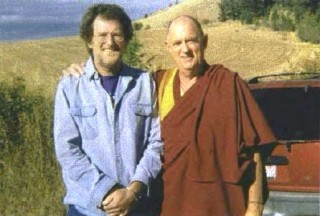 My husband Rainwolf’s story is certainly an inspiring and courageous one. About six months after I came to the Dharma [in the Fall of 2006], Rainwolf developed an interest in Buddhism himself. At that time, he was dealing with esophageal cancer for the second time in seven years.

… We lived in a rural setting, where I continue to live. We had to drive hundreds of miles, and be away from home for months at time, while he was undergoing desperate treatments. One night, while we were alone in the home away-from-home that his kind brother and sister-in-law had provided for us, he asked me what I was reading. I knew very little of the Dharma at that time, and most of that was from books by His Holiness the Dalai Lama and others I was slightly familiar with. Until then he’d not shown much interest in what I was reading or doing. That night, he set down his Time magazine, met the Dharma for the first time, and virtually never looked back.

For months he had been angry, agitated and very ill from the treatments and his likely impending death. One such treatment would soon damage his cervical spine, causing almost unmanageable pain in his neck, preventing him from sleeping in any position other than on his back But from the time that Rainwolf met the Dharma, all the while he was in treatment, until he died at home under Hospice care months later, he was steadfast and determined to be as ready as possible for his chosen path and approaching death. … 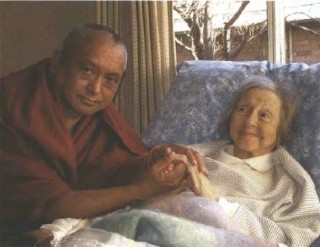 I was attending His Holiness the Dalai Lama’s teachings in Bodhgaya in 1981 when news of his mother’s death arrived. The Tibetans became very distressed, weeping and wailing all over the place, but at his next discourse, His Holiness looked at them bemused and said words to the effect of, “People, get a grip. What are you crying for? She was the mother of the Dalai Lama, had a long and privileged life, did millions and millions of manis and other practices, and has been reborn in a pure land. There’s nothing to cry about.”

So when my mother died March 15 this year and people suggested I must be taking it hard, as many did, I was reminded of His Holiness’s words. Not that she was the mother of anybody holy, but she did have a long and happy life, was devoted to the Dharma for her last thirty-five years, was ready to go, had a swift and relatively easy death, and from the moment it came had Lama Zopa Rinpoche doing pho-wa and other prayers for her. In addition, many other lamas have been doing prayers and pujas, and at a recent teaching in New Delhi, which I was able to attend a few days after Mum’s funeral, His Holiness the Dalai Lama blessed her ashes. Also, her old and close friend, Ven. Konchog Dronma (Bonnie Rothenberg), who lives in Dharamsala, immediately organized many prayers and pujas at Gyüto and Gyümed Tantric Colleges and Kirti Gompa and many other merit-generating things as well. Finally, Lama Zopa Rinpoche had very kindly visited mother at her home in Melbourne in 2006 and felt that mentally, she was in a great place and had nothing to worry about.

I always (well, almost always) felt she was a perfect mother. Giving my brother Dorian and me top priority in her life, she always did what had to be done for our benefit and unconditionally supported our life choices, no matter how weird or unconventional they might have been, and often were. She frequently told me, “I just want you to be happy” …

We can transform any problem, even death, into happiness. The point is not to stop the experience of problems but to stop the conditions that we call ‘problems’ from disturbing our mind, and instead use them to support the spiritual path that we practice.