The Twins: Faith and Doubt

Stephen Batchelor shares his views with Nancy Patton on agnosticism, and whether one can have both faith and doubt about the Buddhist path. 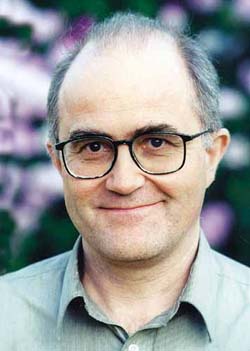 NP: I’ve heard you describe your agnostic views as deep agnosticism. How does that differ from the accepted view of agnosticism (which, interestingly, you say, is a term coined by Thomas Huxley, in the late 1880s, so he could have a label like his fellow philosophers who were Christians, Rationalists and the like.)

SB: Deep agnosticism, for me, brings together the idea of agnosticism as found in Western secular culture, and a kind of not-knowing that is cultivated in the practice of certain kinds of Buddhist meditation. In the practice of Zen, for example, you ask yourself a question: “What is this?” You ask this not as an intellectual enquiry, but rather as a way of opening up the primary question that your life poses to you. In other words, “Who am I?” Ultimately, this is the heart of all Buddhist practice – to find out what is the nature of the self, of reality, of consciousness, or however we would frame that.

But, of course, every time you ask a question, you are implicitly saying that you do not know something. That kind of not-knowing is an a-gnosis taken down to a deeper pitch. The not-knowing of agnosticism, as it is often understood today, is a lack of interest in knowing, or having opinions about, certain questions like, “What happens after death? Where did the universe come from? Is there a God?” An agnostic is someone who says, “I just don’t know.”

I am interested in taking that “don’t know” into a deep existential enquiry which seems to be very close to what you find in China with the idea of wu-hsin, which means “no mind.” It also has parallels with the whole nature of enquiry into emptiness. In the teachings of Lama Tsongkhapa, for example, you apply what’s called dondam choje kyi rigpa, which means an analysis into the ultimate nature of things. And that too is a form of intense meditative enquiry, which seeks to critique the false sense of ego that we all suffer from and, in exploding that illusion, opens up the world as radically contingent and changing. That enquiry is likewise starting from a place where you are saying, “I don’t know the nature of reality.”

NP: Buddhists are expected to have a certain degree of faith about the teachings. How does this fit with the questioning of deep agnosticism, or even simple doubts that crop up for students who might feel they are still just plodding along waiting for ‘faith’ to strike?

SB: I am not so convinced that plodding along is somehow inferior to a state of great faith. When we use a word like ‘faith’ we have to be very clear as to what we mean. Classical Buddhism, as taught in the Lam-Rim, understands faith as having three aspects.

The first is a longing for transcendence, a dissatisfaction with how you are now, and a yearning to fulfill an unrealized potential within yourself. That longing might focus on the idea of the Buddha, or enlightenment, or wisdom, or compassion – values that you long to realize in your life. In Tibetan Buddhism much of this longing is mediated through the figure of the lama. One has great faith in the lama’s capacity to guide you towards the realization of enlightenment and compassion and wisdom and so on. Tibetan Buddhism in particular gives enormous importance to guru devotion, and so when you take refuge as a Tibetan Buddhist you start with Lama la kyab su chhi, (I take refuge in the lama.) In other forms of Buddhism you simply take refuge in the Buddha, the Dharma, and the Sangha.

The second aspect is a quality of openness and radiance – a mind that admires positive values, but is also a mind that we experience momentarily when the turmoil of our usual chattering nonsense subsides, for example, in meditation. You get a hint of some greater capacity in your own mind. Faith is therefore a kind of inner lucidity that is not so much focused on a lama or a Buddha, but is actually an affirmation of one’s own inner capacity for self-transformation.

Then there is the faith which is a belief. This means to hold in one’s mind, consciously, certain ideas and beliefs, or certain articles of faith. It may simply be a certain working hypothesis, such as, “I trust that this process of meditation will work.” In that respect, it would be part of one’s faith.

You can think of faith as a complex of different functions, rather than as a single state that you either have or don’t have. You can also see that faith is actually a practice, that you can cultivate this longing, this lucidity, and you can clarify the conceptual structure that gives you a framework for practice and behavior. Faith is necessarily indispensable to the process, but how that is realized in a given practitioner can vary enormously.

I believe one can’t have faith without a degree of doubt. When I trained in Zen in Korea, my teacher emphasized three aspects that needed to be cultivated: great faith, great doubt and great courage. The tradition also requires a willingness to open yourself to what is questionable about your life and your experiences, to be always very much on the edge of what you don’t know, and not to let yourself get trapped inside a set of metaphysical beliefs. It does require a great deal of courage; it is not easy to hold faith and doubt in that kind of dynamic living tension.

If you have faith without doubt, you are liable to become trapped in a closed belief system. If you have doubt without faith, then you risk slipping into a kind of nihilistic skepticism. Somehow one needs to hold the two. That’s my personal opinion; not all Buddhists would share that. But it is certainly the way that one Zen tradition practices, and it’s an approach that I find very amenable …

The most happy thing in my life, most fulfilling thing is to work for and to benefit sentient beings. Even just the mere thought to cause happiness to sentient beings, to benefit them, to free them from suffering is the BEST offering to all the buddhas and bodhisattvas. This is the best offering, the best puja; this is what pleases their holy mind most.