A new generation of Tibetan lamas 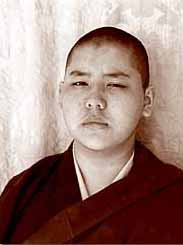 Ling Rinpoche was found at an orphanage in north India and recognized as the reincarnation of Kyabje Ling Rinpoche, who passed away in 1983. He was ordained as a monk as a very small child and has since been studying at Drepung Loseling monastery in Mungod, south India. Now 16, and a commanding presence, Ling Rinpoche showed his qualities even at the age of 6 when he said, “Playing with toys is fun, but studying hard is much more important. I already know many things, but people need so many different advices. I must learn more.”

The previous Ling Rinpoche was the ninety-seventh Holder of the Throne of Ganden, thus the head of the Gelug tradition of Buddhism in Tibet, the first being the Gelug founder Tsong Khapa in the fourteenth century. Revered as an emanation of the Buddha Yamantaka, Ling Rinpoche was the senior tutor of His Holiness the Dalai Lama, a role he’s had for many lives. 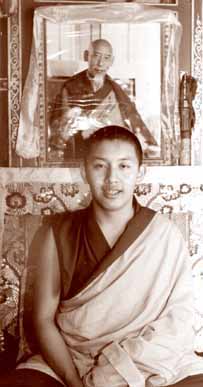 Now 15, Rinpoche studies at Ganden Shartse in Mungod, south India. “He loves debate so much that if he is eating and the debate bell rings, he won’t even finish his food but will go to debate instead,” his attendant Ven. Tenzin Wangchuk said.

The previous Zong Rinpoche passed away in 1984 at Ganden Shartse, where he was once abbot. He was known as an emanation of the Buddha Heruka Chakrasamvara. After his exile from Tibet, Rinpoche was appointed by His Holiness the Dalai Lama as principal of the Institute of Higher Tibetan Studies at Varanasi, India. First invited to the West by Lama Thubten Yeshe in 1978, Rinpoche had many Western students. 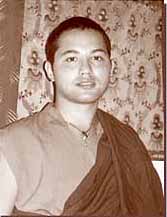 Now 22, Rinpoche was born in Denmark to a Danish mother and a Tibetan father. Recognized as the reincarnation of the previous Khunu Rinpoche by His Holiness Sakya Trizin and His Holiness the Dalai Lama, he now studies in at Mindroling Monastery in Dehradun, India, and visits his small monastery in Kinnaur, birthplace of his predecessor.

The previous Khunu Rinpoche, author of The Jewel Lamp: A Praise of Bodhicitta (published by Wisdom as Vast as the Heavens, Deep as the Sea: Verses in Praise of Bodhicitta), was a great scholar of the Rime (nonsectarian) tradition of Tibetan Buddhistm. He spent thirty-four years in all studying throughout India and Tibet. He gave teachings to many high lamas, including the previous Ling Rinpoche and the present Dalai Lama.

The whole thing, so many practices, all come down to live the daily life with bodhicitta motivation to put all the effort in that whatever you do. This way your life doesn’t get wasted and it becomes full of joy and happiness, with no regrets later, especially when you die and you can die with a smile outside and a smile in the heart.