Tibetan Must Preserve Their Culture 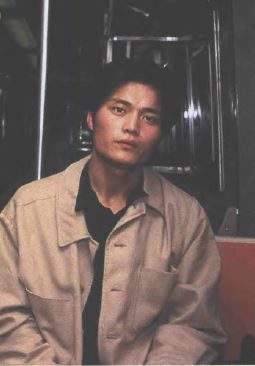 Ven. Dhongthog Rinpoche’s article on the impending disintegration of Tibetan culture originally appeared in The Tibetan Times, the Tibetan language newspaper printed in Dharamsala, India. Aimed at Tibetan youth, the article is a wake-up call. This is an edited transcript.

Tibetan culture is a fund of wisdom established through translation and original composition by ancient scholars, saints, translators, kings, and ministers through much hardship. “Culture” is a huge category, which includes the objects of knowledge and the terminology, which describes it. To preserve the texts of the intellectual tradition in libraries is one way to preserve knowledge. But the most important means is through the study of the cultural tradition, its application in daily life and its transmission to others. This refers to hearing, reflection, and meditation, and to teaching, debating, and composition.

Efforts made these days to maintain Tibetan culture are weak, and if we aren’t careful, will become weaker. In Tibet the Chinese Communist Party, with its “Democratic Reform,” its ”Cultural Revolution” and its “movement to destroy the old and establish the new,” etc., has profoundly damaged Tibetan culture. Nowadays its representatives speak of a policy of relaxation but in Tibetan schools, Chinese language and the Party’s political theory are the Tibetans’ main course of study. Those who mainly pursue the mastery of Chinese language and the Party doctrine get the jobs. Inside Tibet it is both difficult and dangerous to preserve Tibetan culture.

It is my experience these days that few Tibetans under 30 know how to speak and read Tibetan. In India, there are many  Tibetan schools but those who know English well outnumber those who know Tibetan well. And in daily use English and Hindi are far more common. When Tibetan is spoken, English and Hindi words have been mixed in. For example, “pura” [“all” or “whole,” Tib: tsang ma], “ata” [“brown flour,” Tib: dro shib], “aloo” [“potato”; Tib: shogok], “chini” [“sugar,” Tib: jema kara] “telephone” [Tib: kha bar]; “taxi,” [Tib: la gyuk numkhor] ”bus” [Tib: dimdul numkhor], and many other such words have now become established in Tibetan speech. Perhaps if one were to ask young Tibetans what the Tibetan terms for these foreign words might be they would have a hard time answering. At the Tibetan University in Varanasi, His Holiness the Dalai Lama came to listen to the students debating. Upon hearing the word “pura” he said, “What are you saying! Are there no Tibetan words in our texts for such terms?” If Tibetan language is weak among the most educated, among the general populace it would not be surprising if speech has deteriorated even further. …