How It All Began: Istituto Lama Tzong Khapa 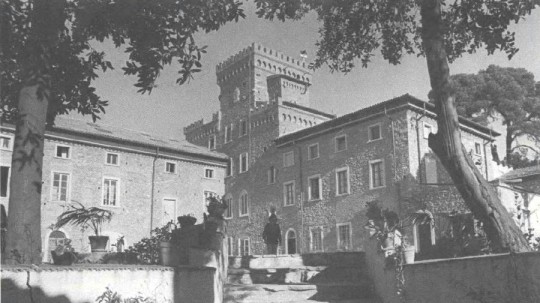 One of the oldest FPMT centers is in a beautiful old castle in Pomaia, Italy. Massimo Corona recalls how it all began at Istituto Lama Tzong Khapa.

It all started around the fall of 1976 when Lama Thubten Yeshe and Lama Zopa Rinpoche were in Italy for the Second Meditation Course there. We rented an old hotel, which had not been used for at least two or three years. It was near a lake in Tartavalle in the Alps, north of Milano.

Piero Cerri, Claudio Cipullo, and I were the course organizers. One night, halfway through the course, Lama Yeshe called us into his room. It was quite late, and I remember I was exhausted.

Lama was lying down on his couch, and he said, “Okay, are we doing the center or not?” At that time, Claudio, Piero, and I were studying debate in Switzerland with Geshe Rabten, so Lama Yeshe wanted to be sure that we really wanted to start a center. We said, “Yes, Lama,” and he asked, “How do you want to do it?” Piero answered, “Well, we could come down once a month.” And Lama said immediately, “No, no, no! No way! These people are new to the Dharma; they need to have you here full time; otherwise, we make no center!” That was a big thing for us; it meant we had to interrupt our studies.

And of course what could the other two say? Nothing!

So that’s how it started. We had to go back and tell Geshe Rabten we were leaving the school …