The Joy of Effort

NEWS FROM A BUDDHIST PERSPECTIVE 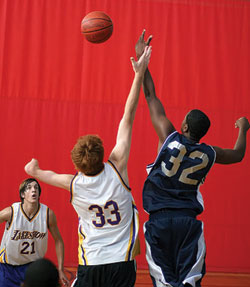 My name is Gyalten Mindrol and I am a news junkie. If the American Psychological Association had a category for news junkies along with alcoholics and drug addicts, I would definitely qualify. For me, it’s the Internet – not the paper, not the television – and my site of choice is nytimes.com. Don’t get me wrong, I do occasionally visit other news sites, but the New York Times is my mainstay – all of the New York Times. There is not a section, blog, or columnist I haven’t read. I even make an occasional foray into the foreign and bizarre world of fashion.

The 11th century Tibetan yogi Jetsün Milarepa said that worldly trivia can act as your books. Pabongkha Rinpoche explains that everything we see should stimulate our love, our compassion, our renunciation and so forth. The more I study and practice Dharma, the more the validity of these masters’ words becomes apparent, the more the news becomes a lam-rim text, a writhing, breathing, vivid Technicolor example of everything the Buddha taught. This is only to be expected; the Buddha explained the workings of the mind, which in turn affect the workings of the world.

Every news story is actually a meditation, a chance to practice thought transformation, compassion, renunciation, patience, karma, emptiness. These stories are a chance to learn both from beings who are greatly advanced on the spiritual path and those who are overwhelmed by their delusions. They are an inspiration to study, to practice, to transform our own minds into enlightenment.

With this in mind, the staff of Mandala started this column to present the reflections of practitioners on the news – the news that helps us remember Dharma and how remembering Dharma helps us cope with the news. Since I spend my days offering service at FPMT International Office, the editorial board of Mandala knew about my news addiction, and thus, I have been asked to share some thoughts in each issue on events in the world, great and small.

Lately, my thoughts have been all about joyful effort, perseverance. I think it’s a common experience in our organization to feel a bit overwhelmed working, studying and practicing in the vast mandala that is FPMT. And when I get overwhelmed, I tend to get rattled and fearful – definitely not joyful. I try to take to heart Lama Yeshe’s quote, “‘I can’t, I can’t, I can’t!’ We should banish that thought from the universe!” but it’s sometimes hard to rally and let go of my fear. A few weeks ago, just as I was attempting to figure out how indeed I can, I read in the New York Times about Kevin Laue, age 18, of Fork Union, Virginia.

You can see it coming, right? Kevin had some problems in the womb; his umbilical cord was wrapped around his neck twice, and he would have died, except his left arm was wedged underneath the cord. The arm was badly damaged – it ends a little below the elbow and there’s no hand. His childhood included the expected physical hardship and taunting from other children, and now Kevin is a high school basketball star. You might want to read that again – he only has one hand and half of one arm, and he is a high school basketball star. People who understand basketball say that he’d be one of the top recruits in the country if he had two hands. Even with only one, some good schools have sought him out, but he’s holding out for one of the best ones. You’ll have to google his name to see what happens, because this is only the beginning of his story.

Do you remember the legend about the great master Asanga and how much he wanted to see Maitreya in his retreat? Every three years, he got discouraged and left his cave, and each time, he saw something simple that inspired his joyful effort: the way water droplets had formed a hollow in the rock, how a bird’s feathers made the rock smooth, a man making needles out of a huge piece of iron by rubbing it with a soft cloth. Asanga returned to his cave after each of these events, and after twelve years of seemingly making no progress, he left his cave a final time and achieved his goal.

It’s people like Kevin Laue that are, for us, the signs of joyful effort, of perseverance. If a boy with one hand can become a basketball star, just imagine what we can do with the limitless nature of our minds! If he can make a broken body act like the body of a great athlete, we can make our minds – right now – act like the mind of a great bodhisattva. Rather than be cut off by our delusion, we can move past it. All it takes is a willingness to look at things a different way. At least, that is the teaching I took from reading about Kevin.

Ven. Gyalten Mindrol offers service as an editor and writer at FPMT International Office, and studies with Yangsi Rinpoche at Maitripa College.


Become a Friend of FPMT