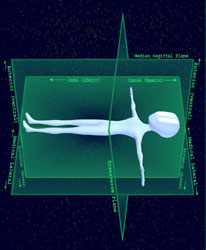 I’ve been to seven funerals recently.

One parlor: massive flowers, five-star foyer and toilets, good clothes, no singing, polished box, democratic program orchestrated by sensitive celebrant and could you hurry please, the next one is due; tears, hugs and kisses.

One Chinese: Necropolis chapel, black clothes and armband with tiny red cotton triangle, big bunch of red roses and candles before black-draped portrait of the deceased. Speeches in Chinese. Very secular. Lots of slow, deep bows. Service ended with everyone invited to walk around the open coffin to say goodbye; tears, hugs and kisses.

There she was, a soft black cotton wimple over her head, a white sheet to her chin, Mrs. Cui Yu Hu, who has died at 107. Madam Hu made national news when the Australian government threatened to deport her, at 104. When they capitulated, this tiny woman gave the whole country a lesson in compassion, respect and morality. Apparently, Madam Hu enjoyed her last meal, said goodbye, smiled at everyone and died. Just like that. Not one of the loving crowd attending was related to her. She adopted her only child, who is Japanese, as an orphan after the Japanese invasion of Manchuria. “Madam Hu lived her whole life in kindness,” said one speaker, in English. You could see it in her sweet face. …