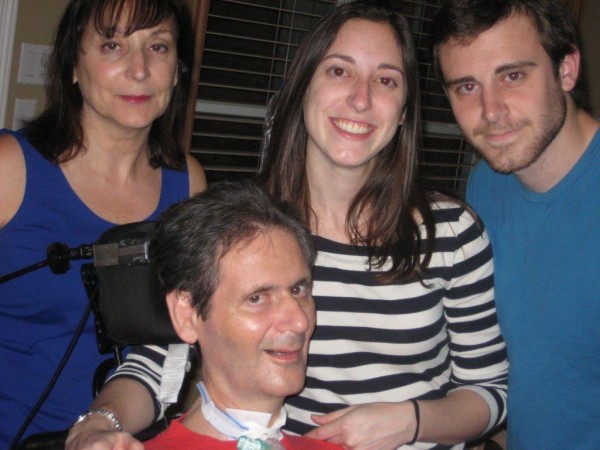 Bob Brintz, a 64-year-old former attorney and student of Lama Zopa Rinpoche, lives with ALS (Lou Gerig’s disease). Bob is almost completely paralyzed and requires a ventilator to breathe. He relies on assistive technology for typing and speaking. But despite these challenges, Bob wrote in his article “I Will Be Paralyzed and Happy,” published in the Mandala July-September 2013 print edition, “I play an active role in the life of my family. I keep abreast of local, national and world news. I’m busy and productive every day. I have met and embraced the Dharma. My life is full of joy.” 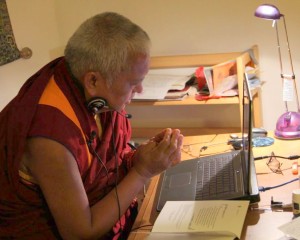 “Early on, I began to visualize myself in a wheelchair, paralyzed and happy. My mantra was: ‘I will be paralyzed and happy. I will not inflict my suffering on others. I can do this,'” Bob wrote. “Those who are able to cultivate the ability to focus on the positives, to develop an unwavering sense of hope, and to remain calm and equanimous in the face of adversity, will have the capacity to live vibrantly with ALS. Sadly, so many have been unable to find their true path to survival. I am determined to change this. I pray that the most precious Guru-Buddha bless me to be able to do this.”

In addition to Bob’s piece in Mandala, he has written several pieces encouraging other ALS patients to transform their way of thinking. Borrowing from Buddhist teachings, he describes how someone can live joyfully with ALS. Bob has posted his writings on the website patientslikeme.com, including “A Path to Survival,” “A Path to Survival II: The Roadmap” and “The Darkness.”

In September 2012, Lama Zopa Rinpoche gave Bob bodhisattva vows over Skype. Bob took the vows by blinking and having his computer speak for him. 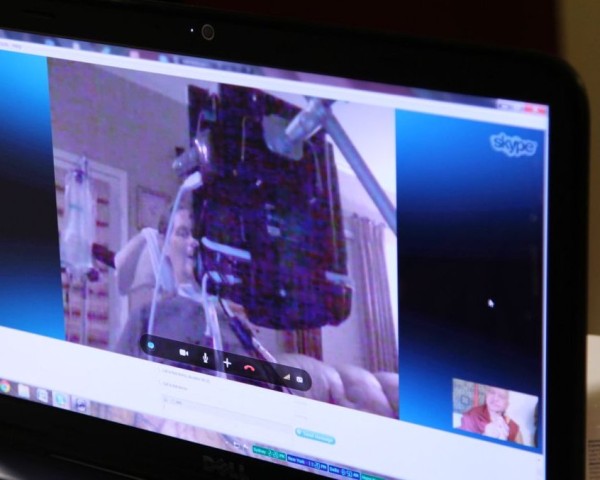 You can read the correspondence between Rinpoche and Bob Brintz on Lama Yeshe Wisdom Archive.