Masters in Our Midst

FPMT is blessed with a treasure trove of Geshes who serve around the world at the invitation of Spiritual Director Lama Zopa Rinpoche. Manda/a has chosen to profile two Geshes from the FPMT ranks at different ends of a remarkable continuum: Geshe lampa Gyatso, a dear friend of FPMT founder Lama Yeshe, who is still going strong at age 75 at Istituto Lama Tzong Khapa in Pomaia, Italy; and the young Geshe Thubten Sherab, seven years post degree, who serves as the headmaster of Kopan Monastery in Kathmandu, Nepal. 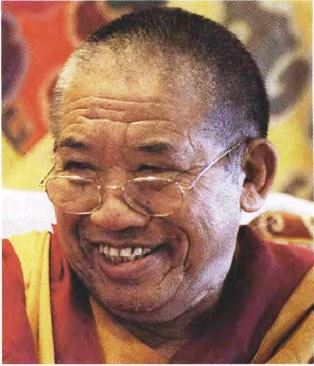 Geshe Jampa Gyatso was born in north-central Tibet in early 1932, the first of seven children of a nomadic family. He was ordained as a boy, but remained with his family. It was not until the age of thirteen that he left home to study at Sera Je Monastery. At Sera, Geshe-la made the fortuitous acquaintance of a young monk named Lama Thubten Yeshe. They would become close, life-long friends. In particular, they were both avid debaters, forming debating groups from amongst their friends in order to practice as much as possible. Sometimes, Geshe-la would sneak away to Lama Yeshe’s room where the two future masters would read about the great yogis and saints of the past.

This period of his life took a dramatic turn when the Chinese army invaded Tibet in 1959. He soon found himself running for his life over the Himalayas, along with Lama Yeshe and thirty-five others. In 1992, Geshe-la recollected the journey that changed his life … 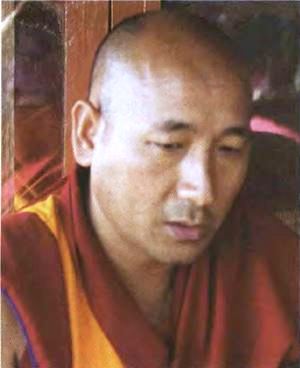 A Master from the New Generation – Geshe Thubten Sherab

I was born in 1967 in a very small village of about two hundred people in the province of Manang, which is in the western part of Nepal. Because my parents had five sons, they wanted at least one or two of them to join the monastery; it is an honor and a way of accumulating merit for the family. My parents had a disagreement about who should join the monastery, me or my younger brother, and finally they decided on my younger brother. They brought him to Kopan Monastery, but Lama Yeshe rejected him, saying that he was too young, although Lama had accepted others of the same age. I guess he didn’t have the karma in this life to be a monk. Then my parents brought me to Lama Yeshe and Lama accepted. So I had the karma.

At that time I wasn’t against becoming a monk, but at the same time it wasn’t my own decision. It was more or less like going to school. When I was around 18, as any normal teenager I struggled a lot, not knowing whether it was best for me to continue or to disrobe. But then, just before I went to Sera, I made the strong decision that being a monk continuously was how I was going to spend my life. Maybe that was when I became fully-ordained in my own mind. It was at that time that I was walking with one of my teachers, the late Geshe Jampa, from Kathmandu to Kopan. He mentioned that the Manang people are all extremely devoted, but they seem to lack an understanding of the Dharma. He told me that it would be good if I could help them understand more, so this had the biggest impact on me and made me want to go to Sera and study in depth. …